My son, Oliver, now has his own little personality, which also means there are things he loves and hates. There are A LOT of things Oliver doesn’t love, but I thought I’d dedicate a post to Olivers favourites. His face lights up as he see’s something he loves, he has a big beaming smile so his little teeth show and he has the most gorgeous giggle – I just want to gobble him all up as he’s too cute! 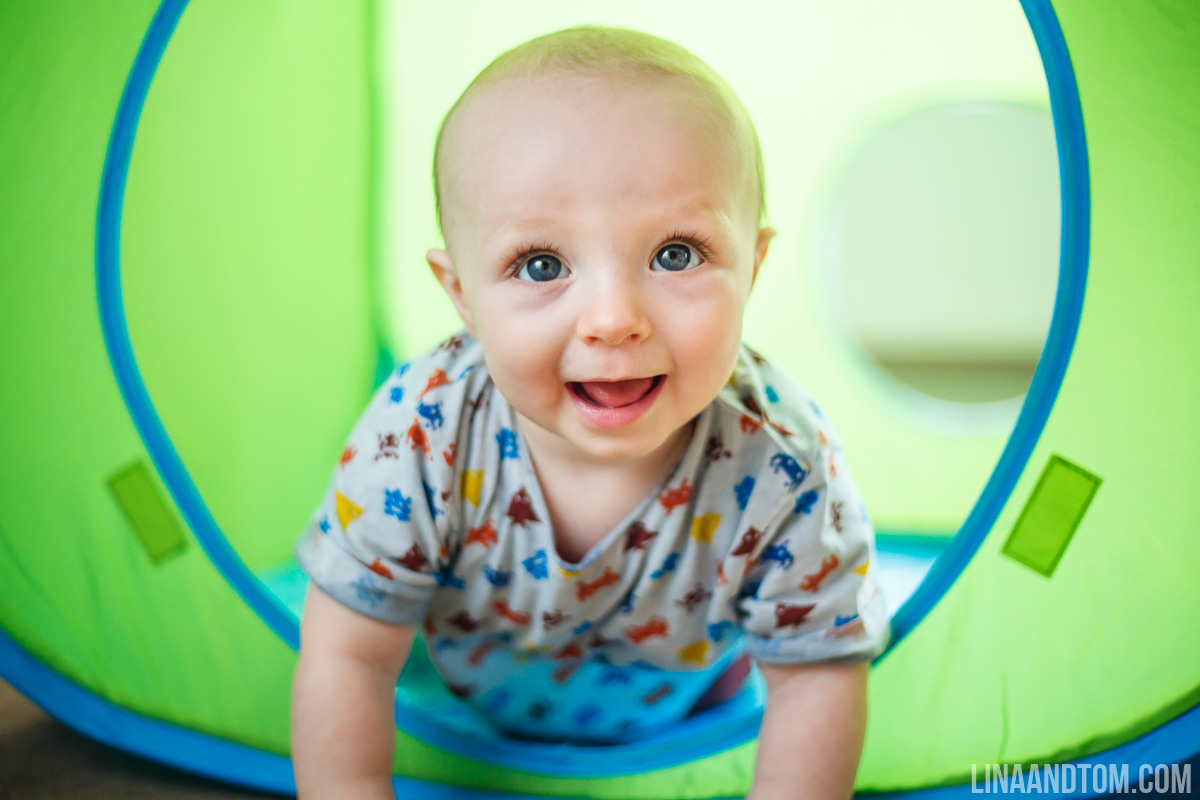 Oliver loves In The Night Garden – Especially the Ninky Nonk!
I think it’s pretty safe to say Oliver loves the TV show In The Night Garden. It’s a show that’s basically on repeat when we’re at home. Oliver especially loves one character in the show called ‘the Ninky Nonk’. It’s a sort of fast train that zooms around the garden – that’s literally the best way I can explain it! As soon as he hears the noise of the Ninky Nonk he starts to giggle, get’s excited and turns to us as if to say ‘Look! The Ninky Nonk!!’.
If I’m honest, I kinda love In The Night Garden too!
Oliver loves Babybels
I swear Oliver eats Babybels in one! We can give him one and within 10 seconds it’s gone. I love that he’s now able to eat Babybels as it’s such a good source of Calcium and he can eat it all by himself.
Oliver loves the Disney Intro Scene
You know at the beginning of all Disney films you have the castle, fireworks and ‘when you wish upon a star’ playing? Yeah, Oliver LOVES it. As soon as it comes on his eyes are fixed to the screen. It’s so adorable.
Oliver loves plastic bottles
Okay. This is a weird one. Oliver has so much fun just by playing with a plastic bottle. He will literally take an empty bottle from you and will play with it for ages. He likes to hit it on objects to see what sort of sound it makes. It’s even better when you put water or dried pasta in it as it turns into a DIY rattle. 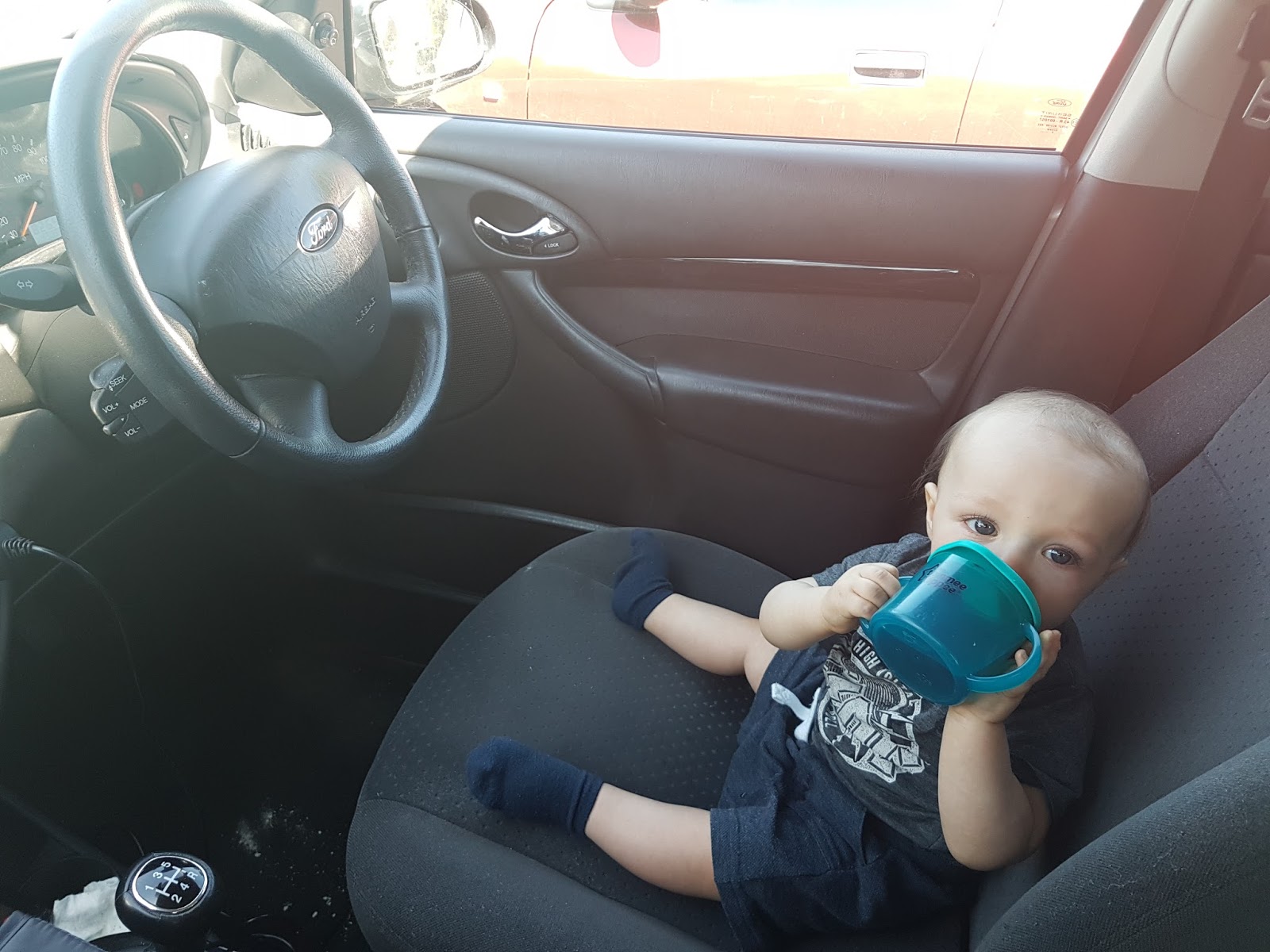 Oliver loves his blue beaker
Oliver loves to drink from his blue Tommee Tippee cup. He started to drink from it soon after he was 6 months old, but now he’s got it down to a T. His face will light up when he see’s either my husband or I filling it up for him!
Oliver loves Eskimo kisses
This one is super cute. Oliver loves it when I rub my nose against his like an Eskimo kiss. He giggles and pulls such cute facial expressions. I hope he doesn’t grow out of this one!
Oliver loves his colourful play balls
Round both of his grandparents he has lots of toys, and his favourite things to play with are his colourful play balls. He does have a ball pit to play with them in but he likes to take them out and crawl around with them on the floor. He usually loses them under the sofa and tries to fish them out which is so cute and funny to watch! 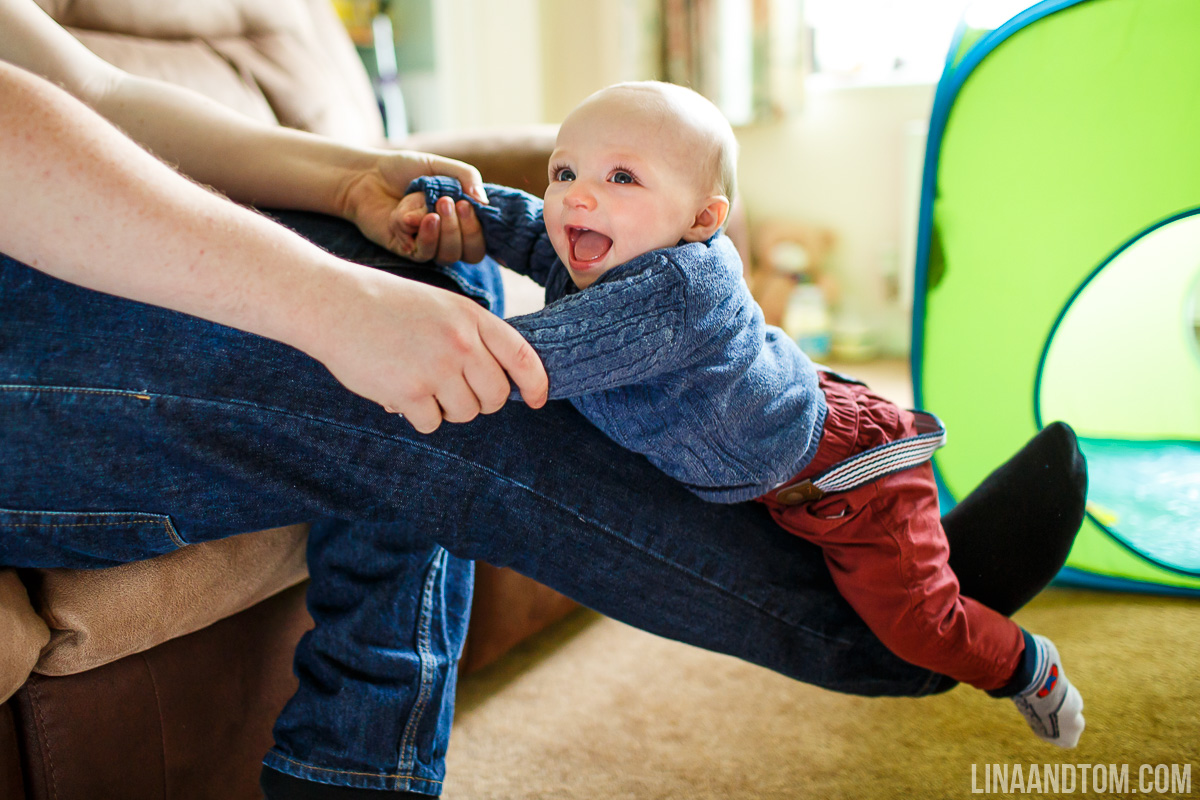 There are a ton of more things Oliver loves, but they’re definitely the ones that stick out. Is there anything random that your child loves? Let me know in the comments! I may do another one of these posts in the future when he’s older, as I’m sure they’ll be lots more new things that he’ll love!
Sarah
Just Buttons
TWITTER | INSTAGRAM | SHOP | PINTEREST | BLOGLOVIN
*Post contains affiliate links – Please see disclaimer for more details.