Oliver is now reaching the age where he is starting to properly play with toys, and with Olivers 1st birthday coming up I’m on the look out for different types of toys for him to learn and play with. The sort of toys I like are colourful, fun but somehow educational. Hape Maple Blocks covers it all; they’re colourful, they teach him about different shapes and hand-eye coordination when building, and he seems to have fun playing with them. He’s still a bit too young to understand how to build with the blocks, but we show him how and he enjoys knocking the towers down! 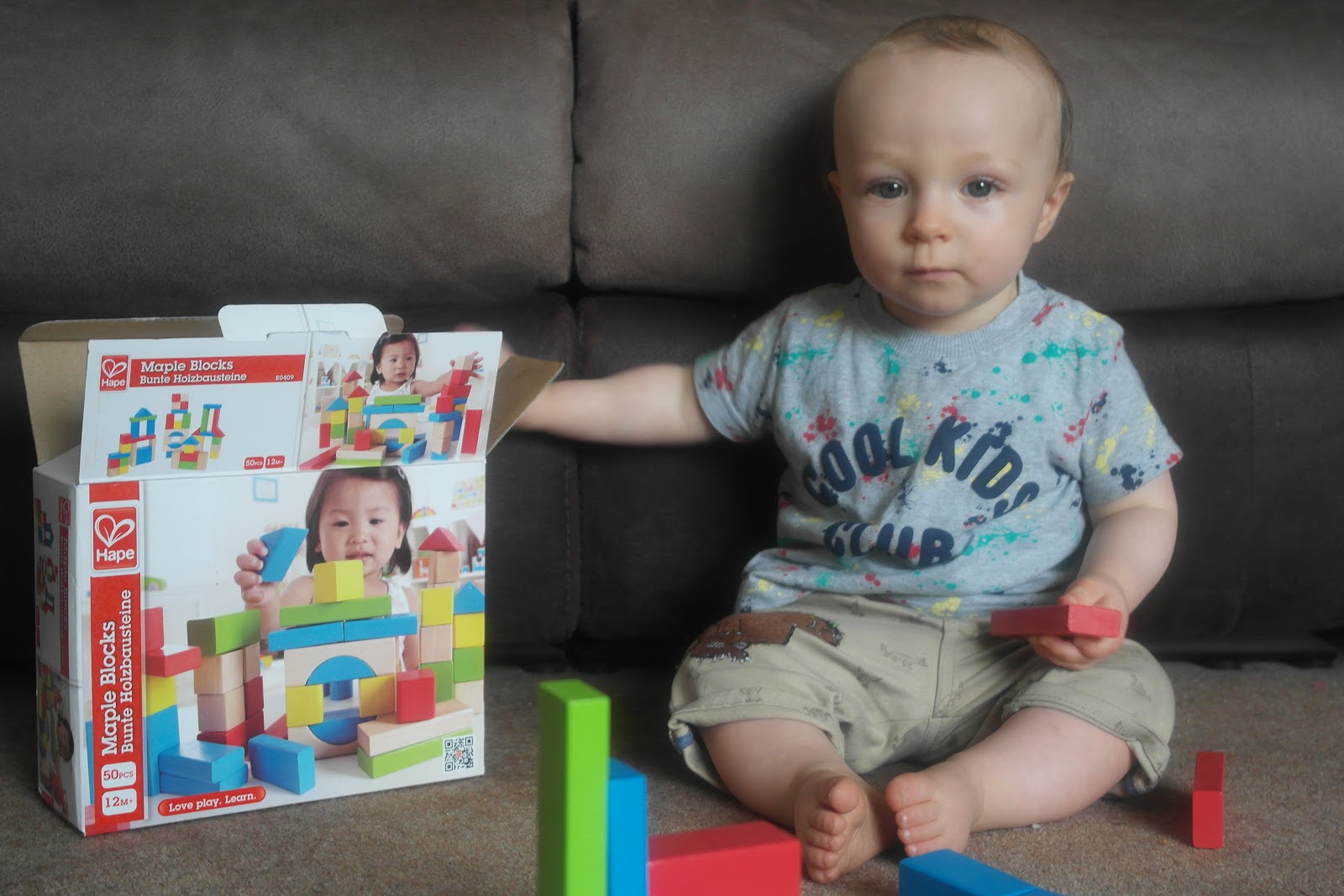 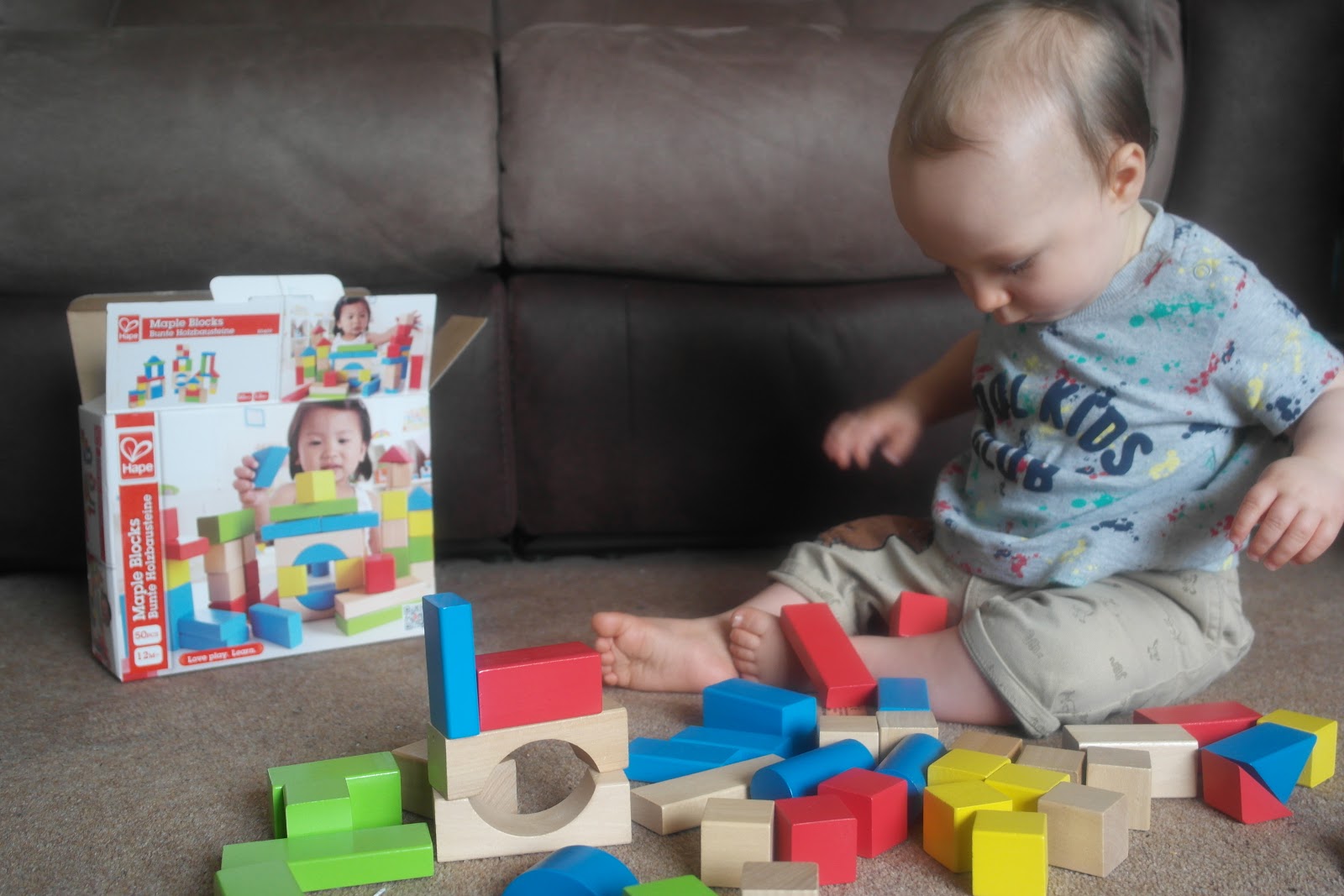 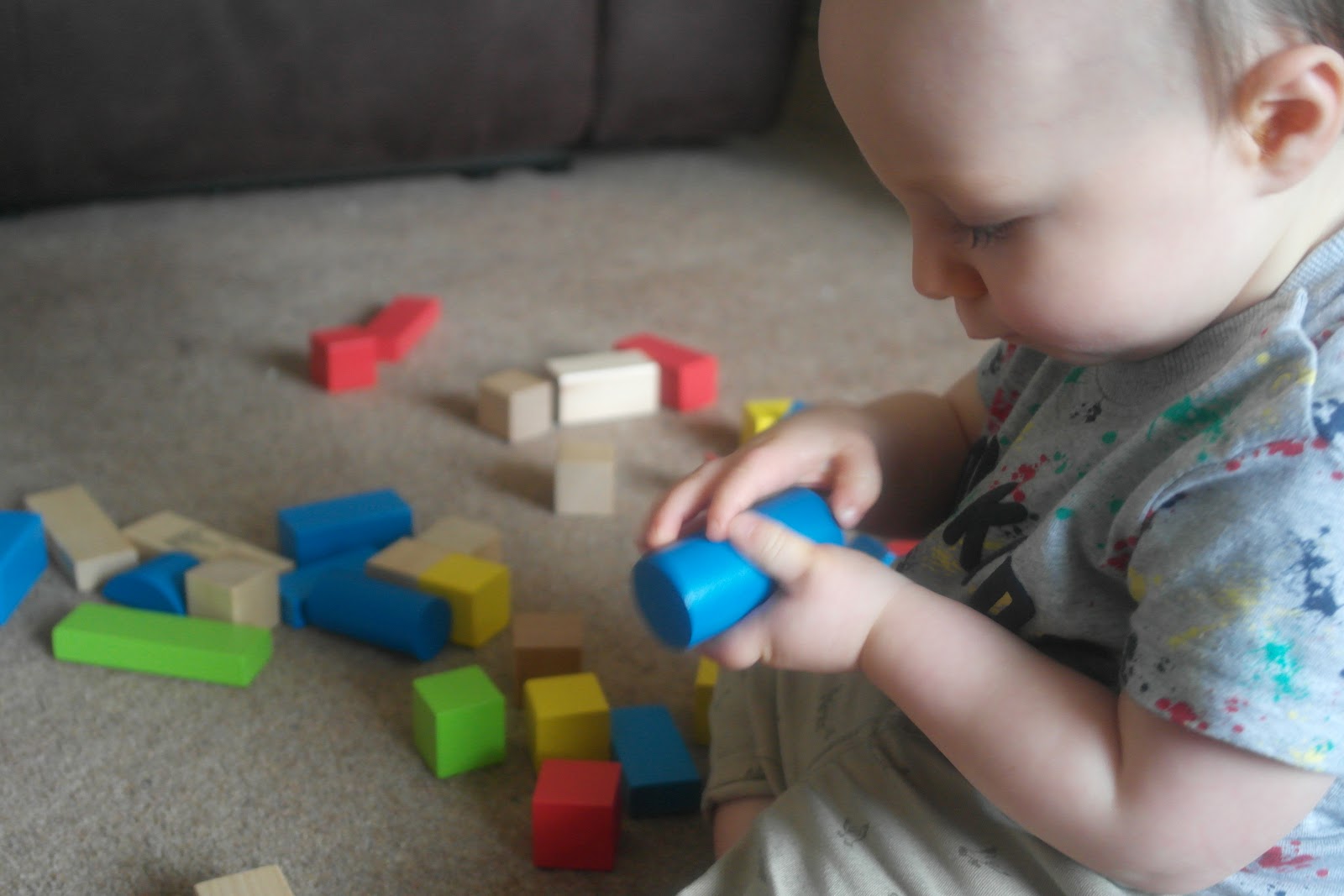 Hape Maple Blocks are a great educational toy that the whole family can play with together. At the moment we build the towers and Oliver knocks them down. He likes to pick up the blocks and have a good look at them and twiddles them around in his hands. He get’s really intrigued with the different shapes and colours, so I’m really looking forward to him understanding how to build and create different shapes himself.
Hape Maple Blocks from a parents point of view are great. They come with a really nice sized rope bag that they can be stored in so it’s super easy to keep them together and tidy. Included are 50 building blocks and for the price I think it’s great, as they should last a good number of years and hopefully will last for if we have any future children so they can play together. The blocks are nice, sturdy and a good size – they aren’t too small so they’re not a choking hazard. They’ve got rounded ages so they’re safe for a baby to play with, which is very important to me as I’m a huge worrier! 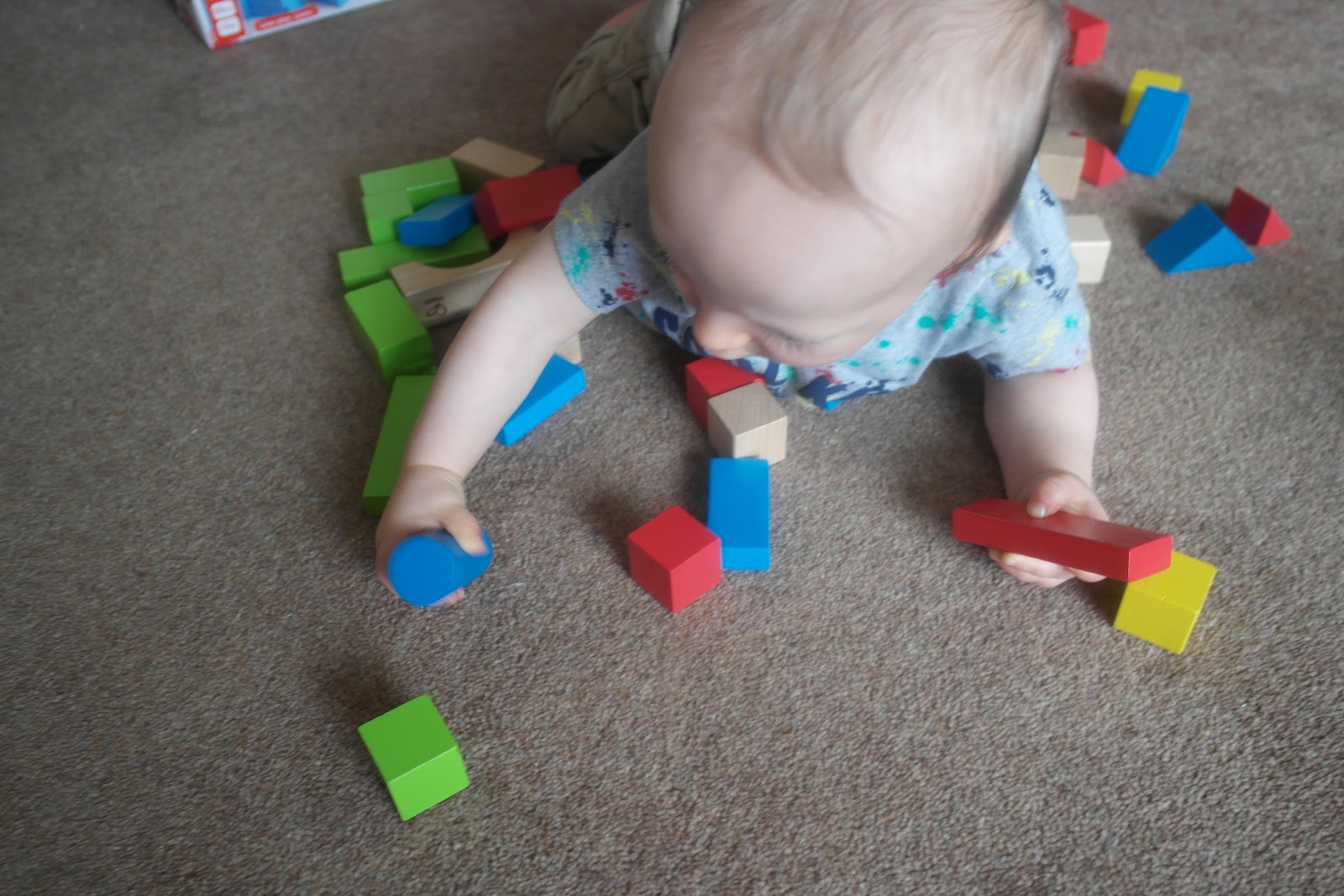 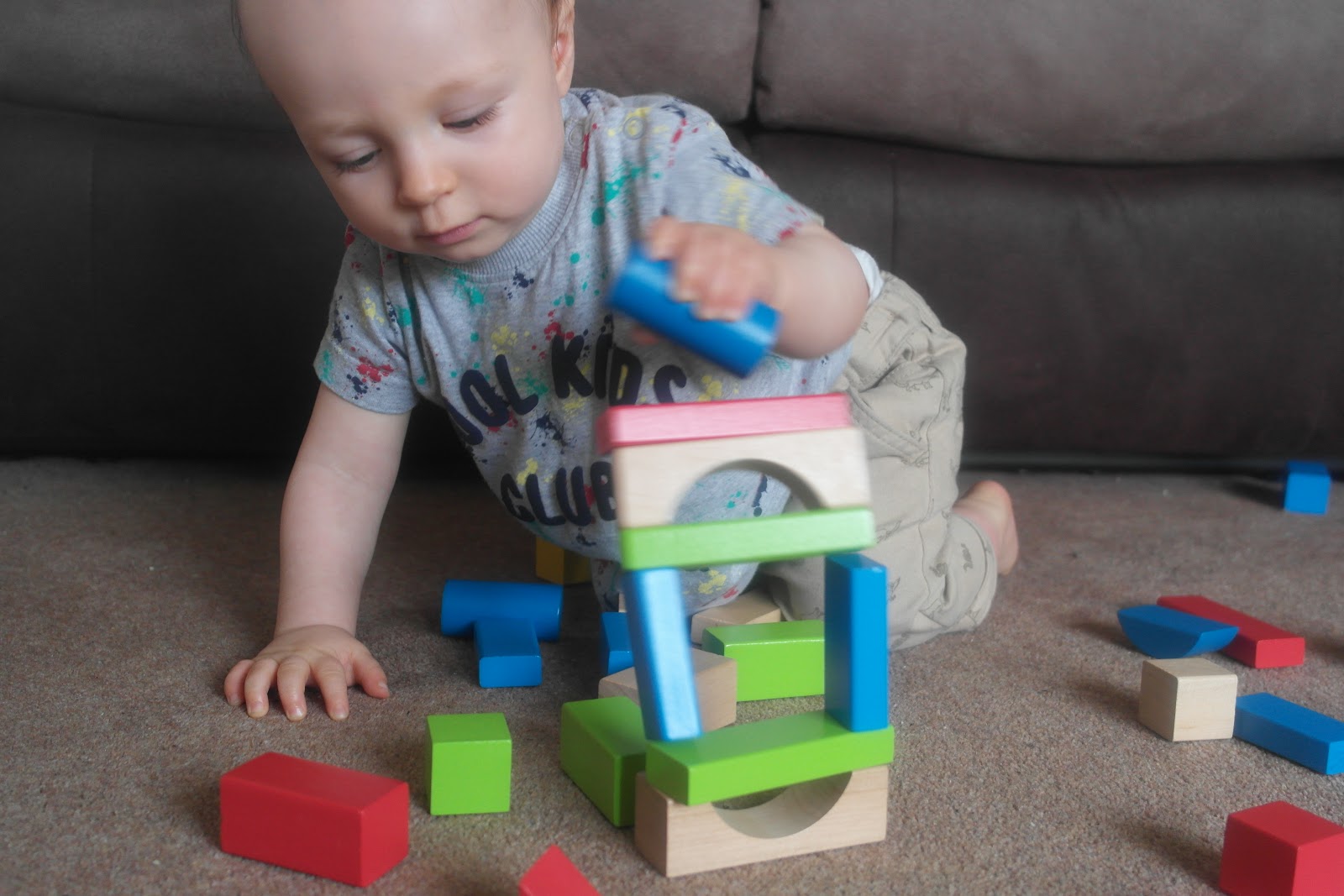 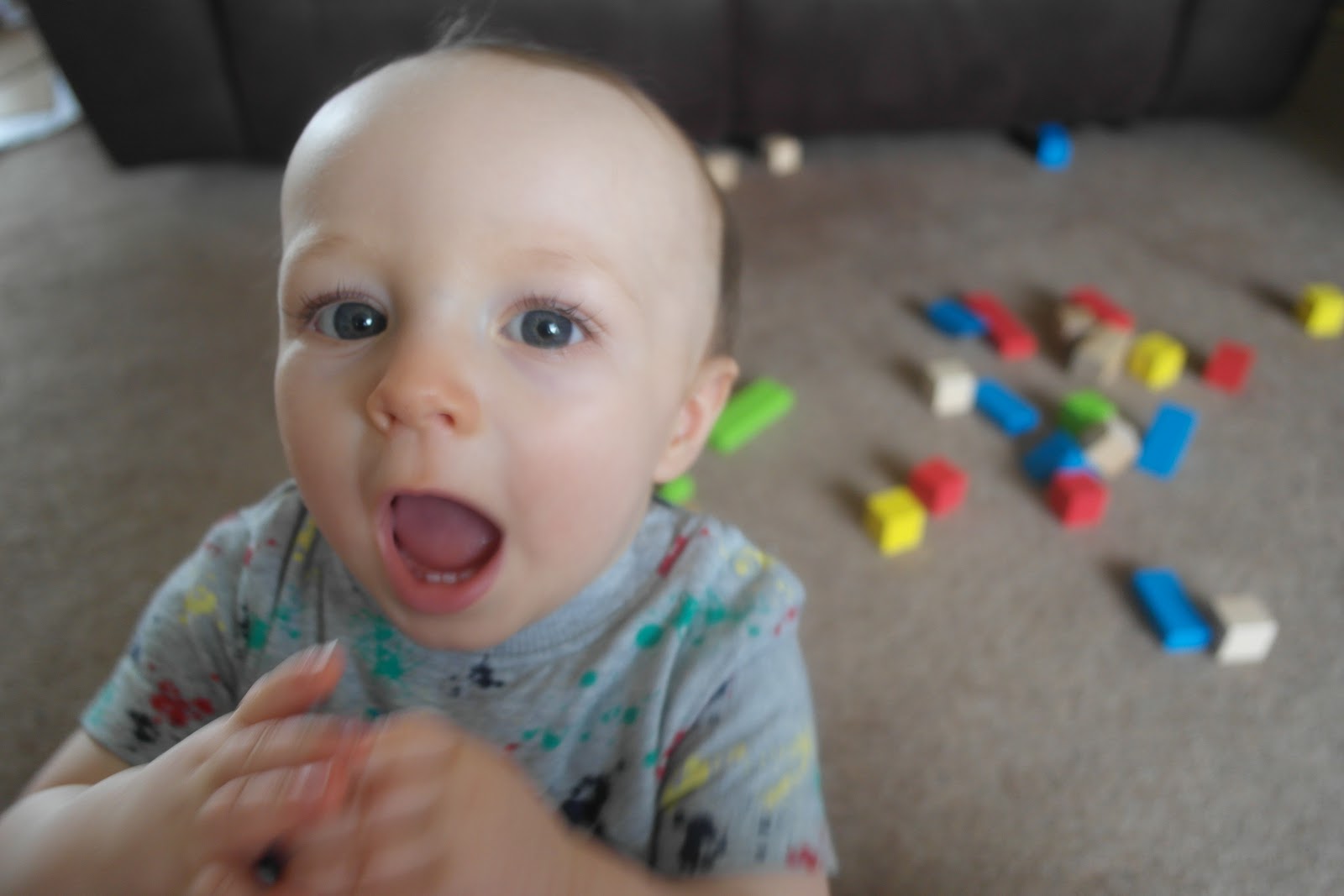 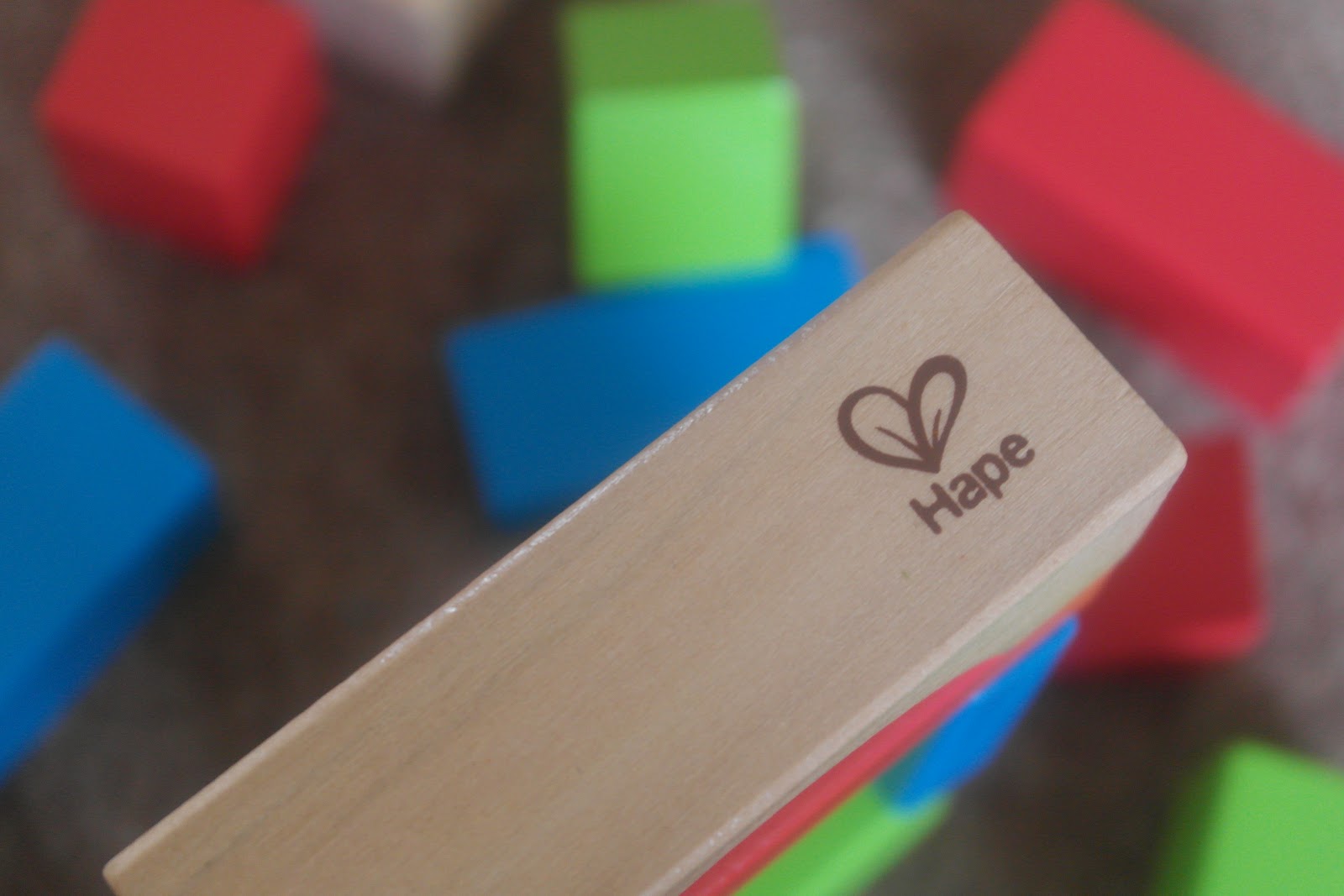 Usually Oliver will play with a toy for a couple of minutes and then move onto the next, but he’s entertained by these blocks for a long while, especially when we’re playing and building towers with him. Once he’s a bit older I can imagine he’ll be able to play and build with the blocks for longer by himself, just what you need as a parent when you need a little bit of spare time to do bits and bobs around the house. 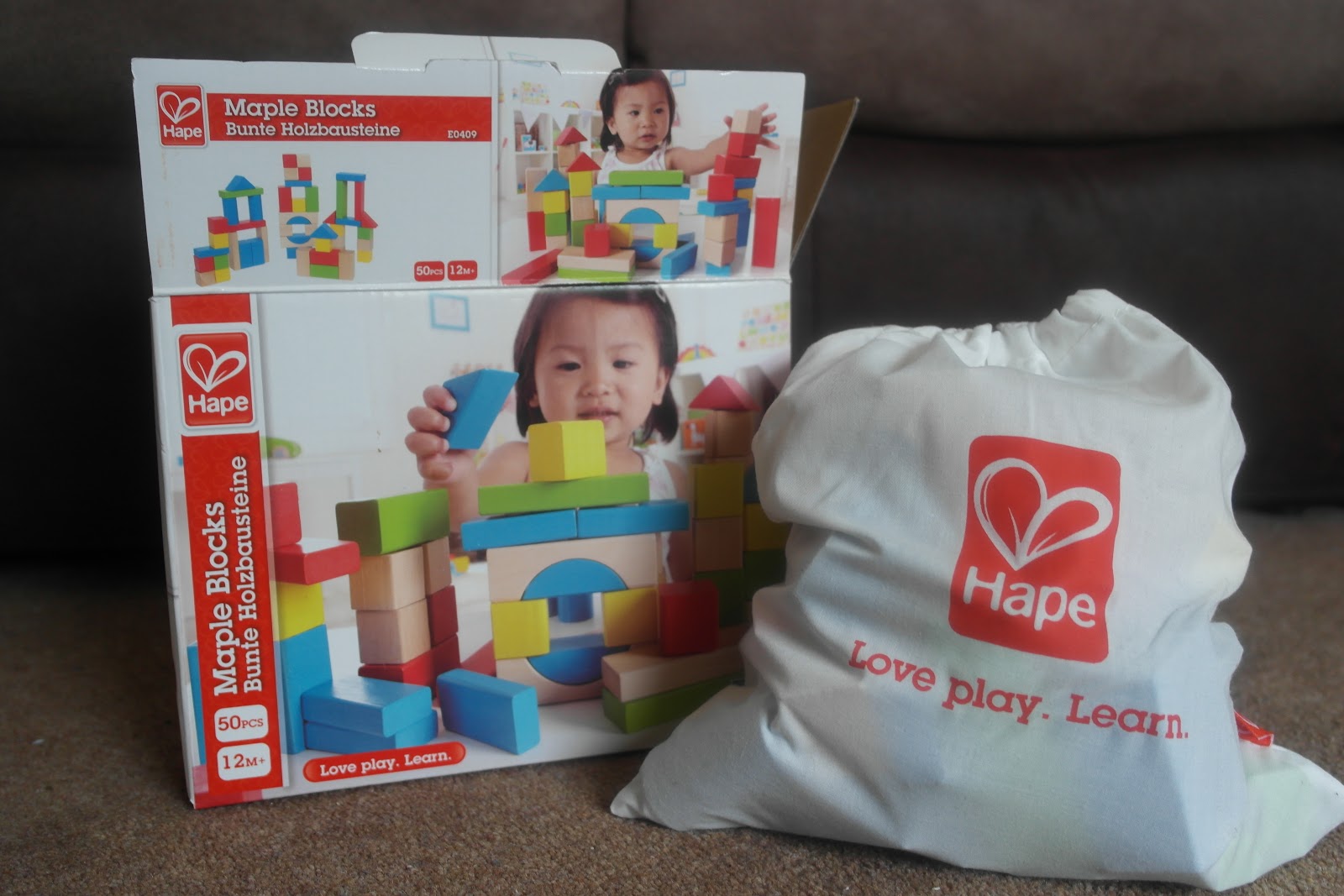 The recommended age is 12+ months which I think is spot on. Oliver is just coming up to his 1st birthday and, as I’ve previously mentioned, he’s just starting to take a real interest in playing properly with toys. He is still at the stage of wanting to chew EVERYTHING, and I have no idea when it’ll end, but after a while of investigating the blocks he then learns they aren’t for eating. I guess that’s because he’s still a little younger than the suitable age given for the toy.
You can find out more about the Hape Maple Blocks here. I think they’re a great extra to have in your little one’s toy box.
PS. You can read another one of my Hape toy reviews here!
Sarah
Just Buttons
TWITTER | INSTAGRAM | SHOP | PINTEREST | BLOGLOVIN
*Post contains a PR Sample – Please see disclaimer for more details.