Oliver has hit the clingy stage. We never actually thought he’d be clingy or shy, he’s always been such a happy and confident baby, but recently he’s become very shy and attached to my husband and I. He’s okay with people he see’s on a regular basis like his Grandparents and Aunts/Uncles, but with anyone else it takes him a while to get used to – which is understandable really, it must be rather scary to a baby. 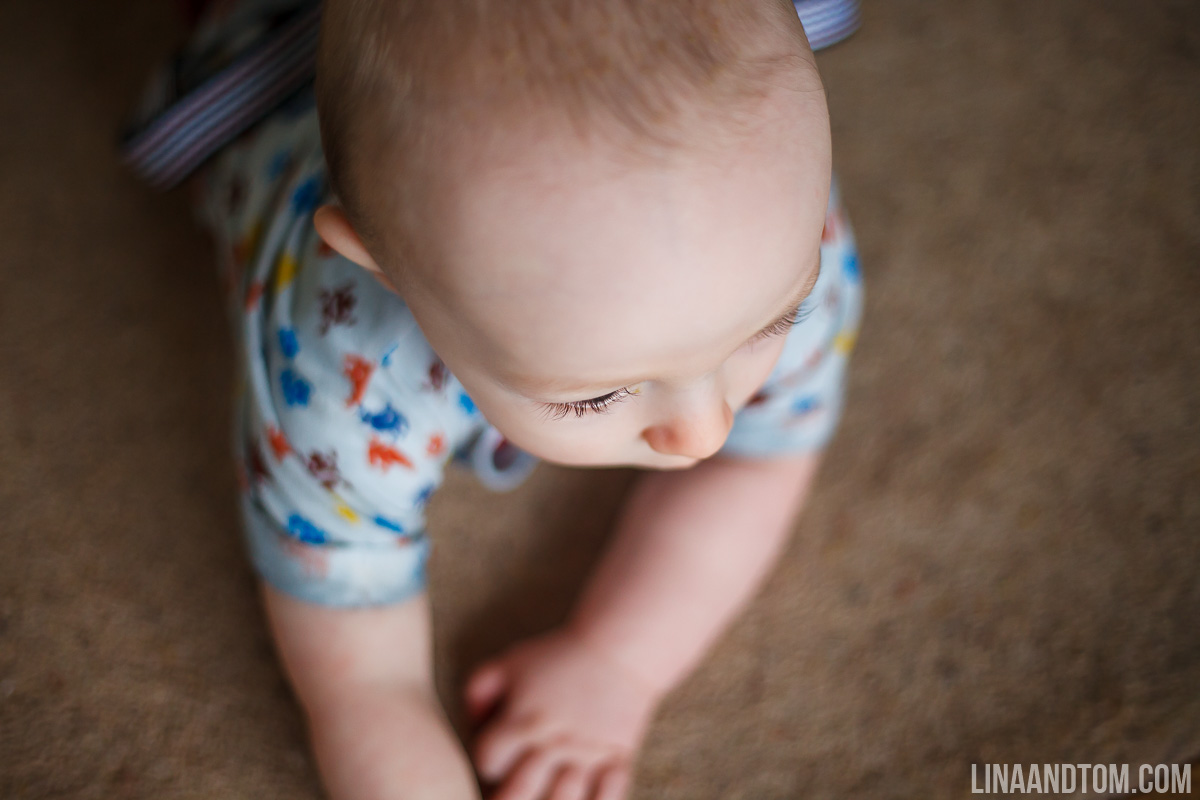 It all started a couple of weeks ago, and it didn’t just gradually begin, one day Oliver suddenly became really nervous around strangers to the point where he’ll burst into tears. It was a shock to us as he usually gives big smile to everyone he see’s! I was always told ‘one day he’ll only want his Mummy’ and I didn’t believe it, but now, it’s happening.
If I’m honest though, I kinda love it… The feeling of your child only wanting to be in your arms and crying when they’re not, it’s unreal. I feel so loved and wanted. To be honest I was nervous whether I’d built a good ‘bond’ with Oliver from when he was born, but I have no doubt now that we have such a strong bond. 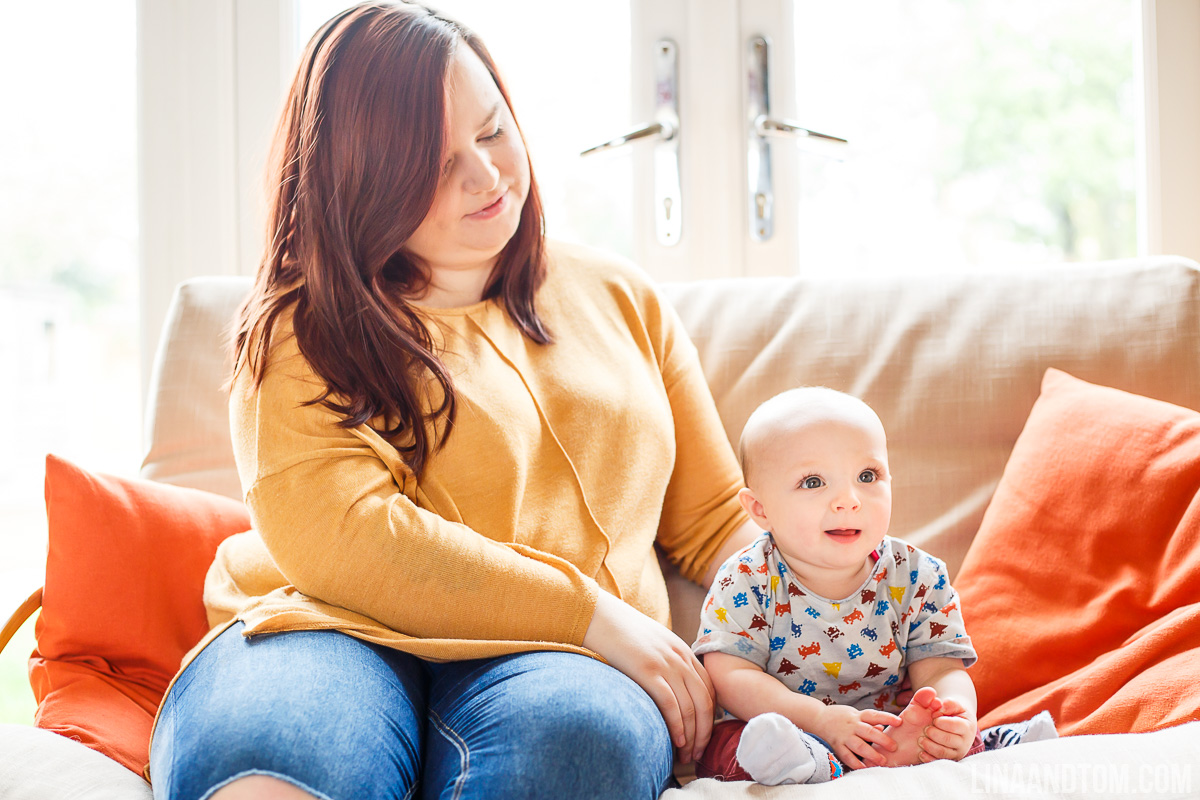 I’ve been trying to figure out the best methods to helping Oliver getting used to strangers or people he doesn’t see very often, and although I haven’t come up with many, I think I have a few tricks which helps him.
Cuddle him whilst he’s looking at someone he doesn’t know.
Oliver loves to crawl around on his own, but as soon as he see’s someone he’s not used to, he’ll stop and cry for either myself or my husband. I’ve found that if he’s being approached by someone he’s unsure about, I’ll pick him up and cuddle him whilst he’s ‘investigating’ the person and he feels more at ease as he has the option to hide in my arms if he’s too scared.
Stay next to him with a hand on him.
If we’re going to be around someone for a while who Oliver isn’t used to, I obviously can’t hold him all day, so I’ll sometimes sit down next to him and just put my hand on his back or shoulders to reassure him I’m still there. I hope this builds up his confidence so he feels that he doesn’t need to be buried in my arms all the time.
Reassure him it’s okay.
Although he probably doesn’t exactly understand what I’m saying, just talking to him and reassuring him that it’s okay seems to help. It’s probably because he can hear my voice and know’s I’m there for him if he needs it.
The clingy stage is completely normal in a baby, it’s all part of a babies development, you just need to find how to reassure your baby so they know everything is okay. I’m not sure how long this stage will last, but to be honest, I don’t actually mind too much. It’s nice as a mummy who is rather anxious to be so wanted. Seeing his eyes light up and a huge smile appear on his face when he see’s be really does brighten up my day.
Do you have any tips on how to get through the clingy stage, or do you know how long this clingy stage can last? Let me know in the comments. Oliver is a pro at sticking his bottom lip out when he’s sad so I want to try everything to make him feel better!
Sarah
Just Buttons
TWITTER | BLOGLOVIN | PINTEREST | INSTAGRAM