This is a post that I’ve wanted to write for a long while, and I’ll apologise in advance but this post is going to be a huge rant – but having a baby doesn’t stop your freedom!! For a few years I’ve seen a picture floating around on Facebook that states ‘Everyone’s having babies and I’m over here like ‘What country am I travelling to next?!” Now people are allowed to have there own opinion with things, but there is something about this ‘quote’ that really bugs me. The way it’s written makes it seem like having a baby is looked down upon compared to people who travel. I totally get some people who have shared this statement mean no harm by it, but I know that some people have shared it to make a point, as I’ve been a victim of it. Get ready for my rant! 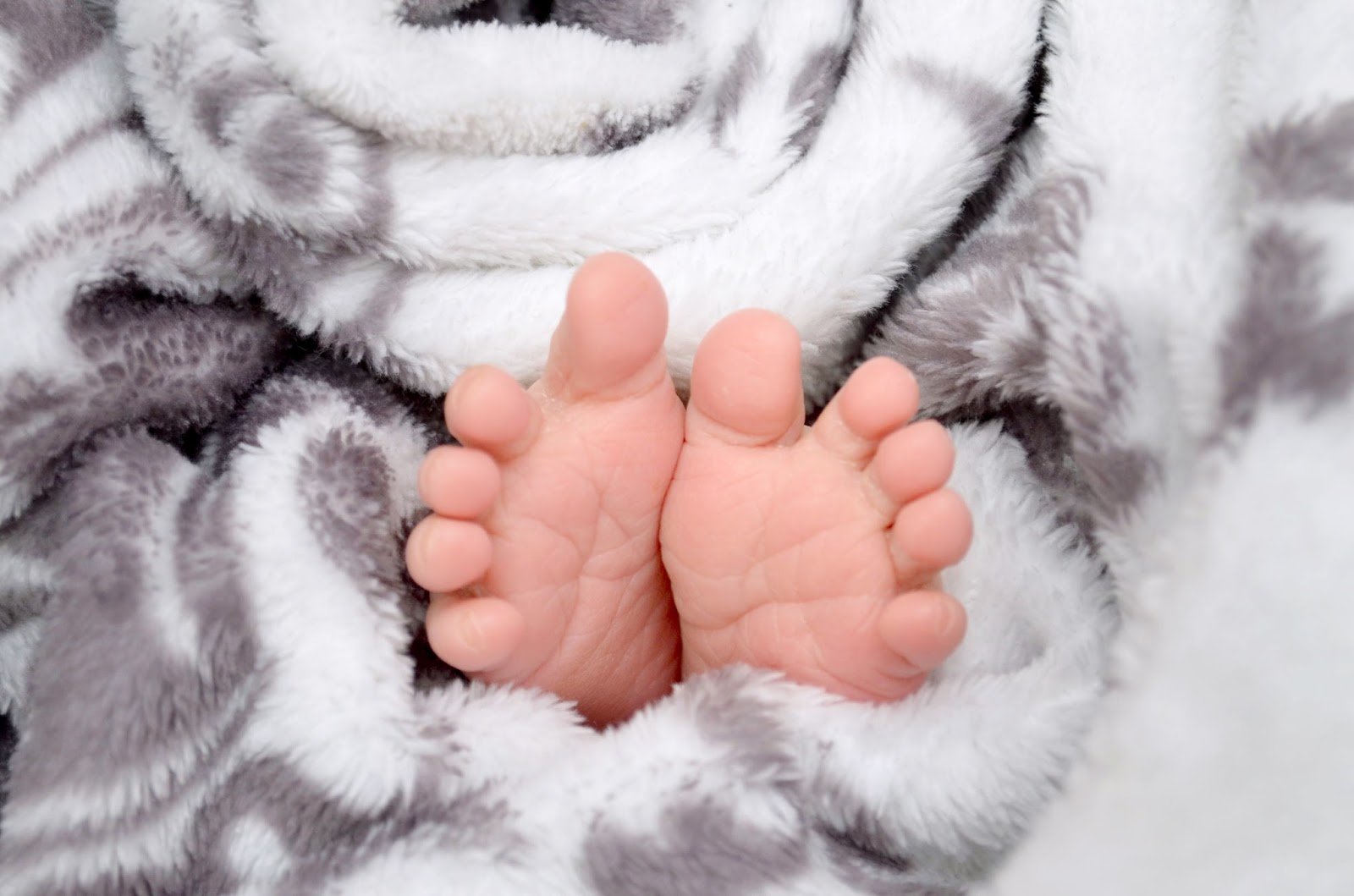 Olivers teeny tiny feet when he was 3 days old!
So when I was about 2 months pregnant, before I had announced my pregnancy, I was with my friends having a ‘chill’ evening. Only a couple of my close friends knew I was pregnant, but I had one friend who didn’t know I was pregnant come up to me and randomly say ‘Are you pregnant?!’. Obviously I was very confused and my first thought was, ‘Did one of my friends tell him?!’. I straight away asked who had told him and his response was ‘What? You’re really pregnant?!’. I was even more confused to this response so I straight up asked him why the hell he thought I was pregnant and his reply was ‘Well the others thought you’ve put on weight so we guessed.’ … Seriously. That was his response. I was FUMING! No one has the right to comment on someones weight, ESPECIALLY thinking they were pregnant just because they’ve put on weight! Now these ‘others’ weren’t actually my friends, they’re just friends with the person hosting the event. I haven’t actually got a very good history with these ‘others’, just wanted to mention that.
I immediately left and went home feeling terrible, but I knew I didn’t need to see these ‘others’ again, so I put it behind me. A few weeks went by and I announced my pregnancy on Facebook. Well, the next day whilst I was scrolling through Facebook I see this picture I mentioned earlier shared by one of the people who commented on my weight and how I was probably pregnant. She had also tagged another girl who was also one of the people who commented on my weight. Written in the post was ‘Just what we were talking about yesterday *winking face*’. Now I think it was more than a coincidence that I announced I was pregnant and then the next day she shares this post. Hey, I might be wrong, but I had so many hormones running through me that I had it in my head that it was aimed at me. I soon deleted this person from Facebook.
Anyway, I’ve seen this picture time and time again and I don’t understand why people have the need to make comments/judge other peoples lives. We’re allowed to live our lives however we want. But one thing I’d like to make clear is that having children does not stop your freedom to do what you want. This picture gives the impression that you cannot travel when you have a baby, well that is WRONG. I went to Florida with my baby when he was 8 weeks old, and I had the time of my life! I’ve also been to Scotland with my baby and we’re going to the Isle of Wight in a few weeks. We’re also hoping to go to Portugal next year. One of my favourite bloggers, The Hels Project, has just got back from Portugal with her gorgeous son and they had an amazing time. Yes you do need to adjust your schedule to what your baby needs but they’re not huge changes. At the end of the day you can do whatever you want with your baby. If you want to be a stay-at-home Mum, Good! If you want to be a working Mum, Good! If you want to travel with your baby, Good! If you don’t want to travel with your baby, Good! To make it clear, you still have your freedom! This is Oliver when he was 8 weeks old in Florida.
*Phew!* Right, I’ve calmed down a bit! What I was trying to get out of this post was that I hate that some people think that having a baby takes away your freedom, but even if it did, it’s that persons life choice to have a baby. But it’s the same the other way round, if a person wants to travel the world that’s also their life choice. We really need less bitchiness in the world and more supporting each other.
Wow, this post went from me trying to make a quick comment about how mothers still have freedom, to me having a rant about bitchiness… Sorry guys!!
Again, sorry for the long ranting post – I just needed to get this all off my chest.
Sarah
Just Buttons
TWITTER | BLOGLOVIN | PINTEREST | INSTAGRAM