The first thing I’d like to say is if you are planning to visit The Making of Harry Potter at the Warner Bros Studio, unless you’re okay with a few photos and spoilers, I wouldn’t recommend reading this post just yet. I don’t want to ruin the magic for when you visit yourself! 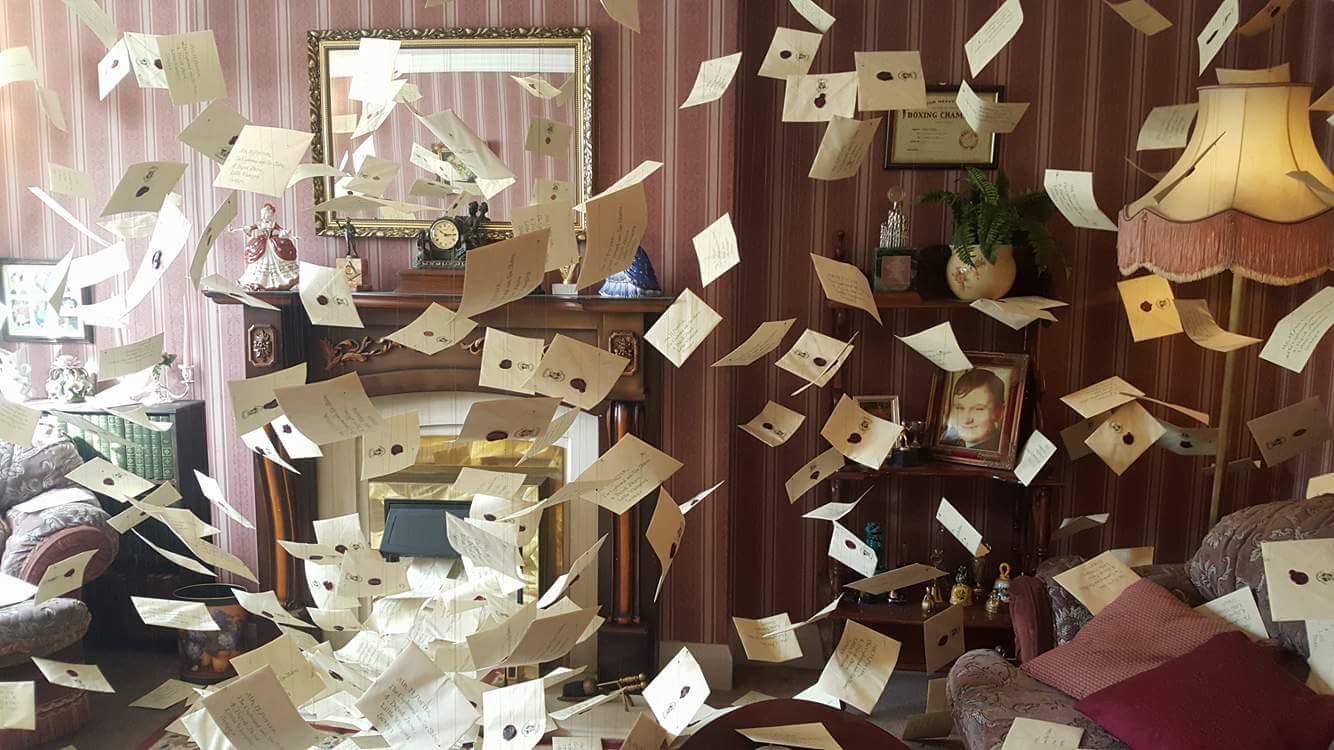 I am a huge Harry Potter fan, like HUGE! I’ve loved the books/films since they came out and I secretly wish I was a witch who attended Hogwarts. I have been sorted into Hufflepuff on Pottermore – Hufflepuff and proud, and I’ve also been given a Black and White Cat as my Patronus. When I was younger I created a Harry Potter costume out of paper and bin bags and I now have a fair few Harry Potter pieces of clothing. Safe to say, I LOVE Harry Potter.
I’ve actually been to the studio 3 times now, and I am never disappointed. It always changes when I go and pieces are always added. This trip we actually missed out on seeing the new addition to the studio by 5 days, so it’s a nice excuse to go again in the near future! 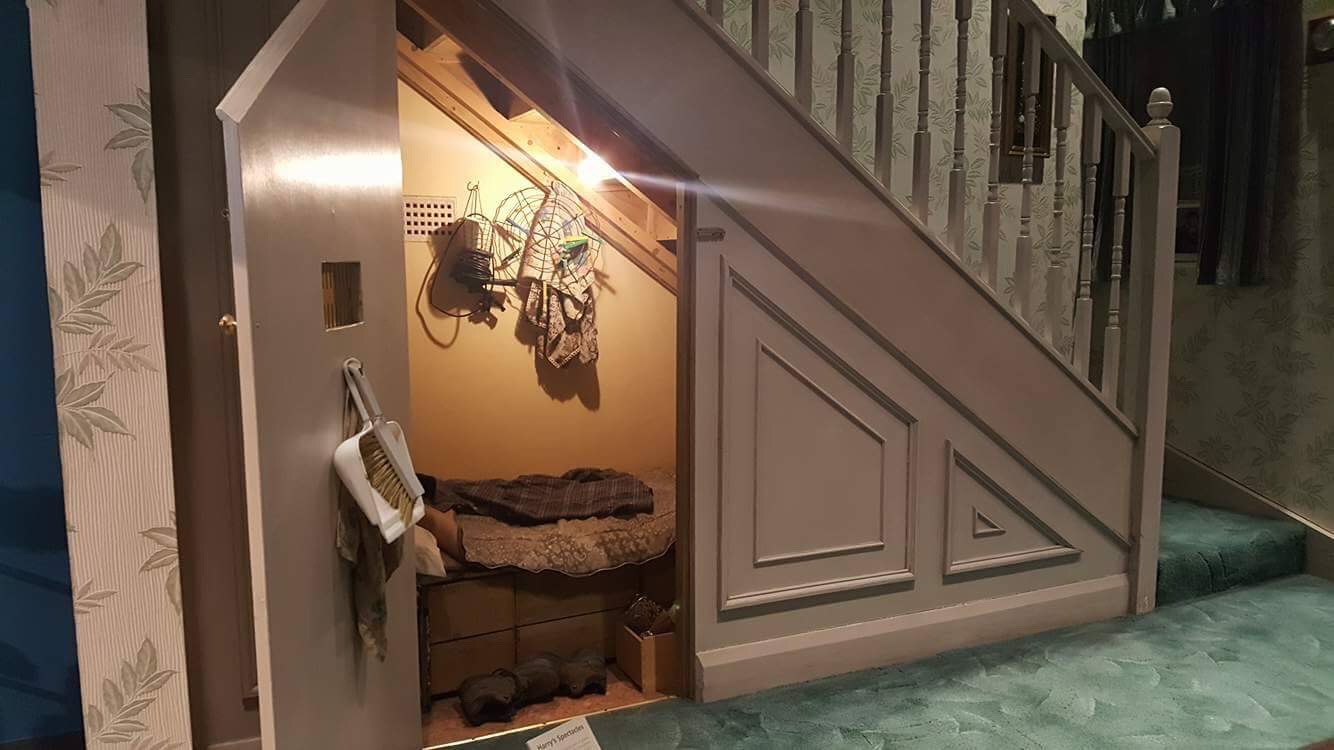 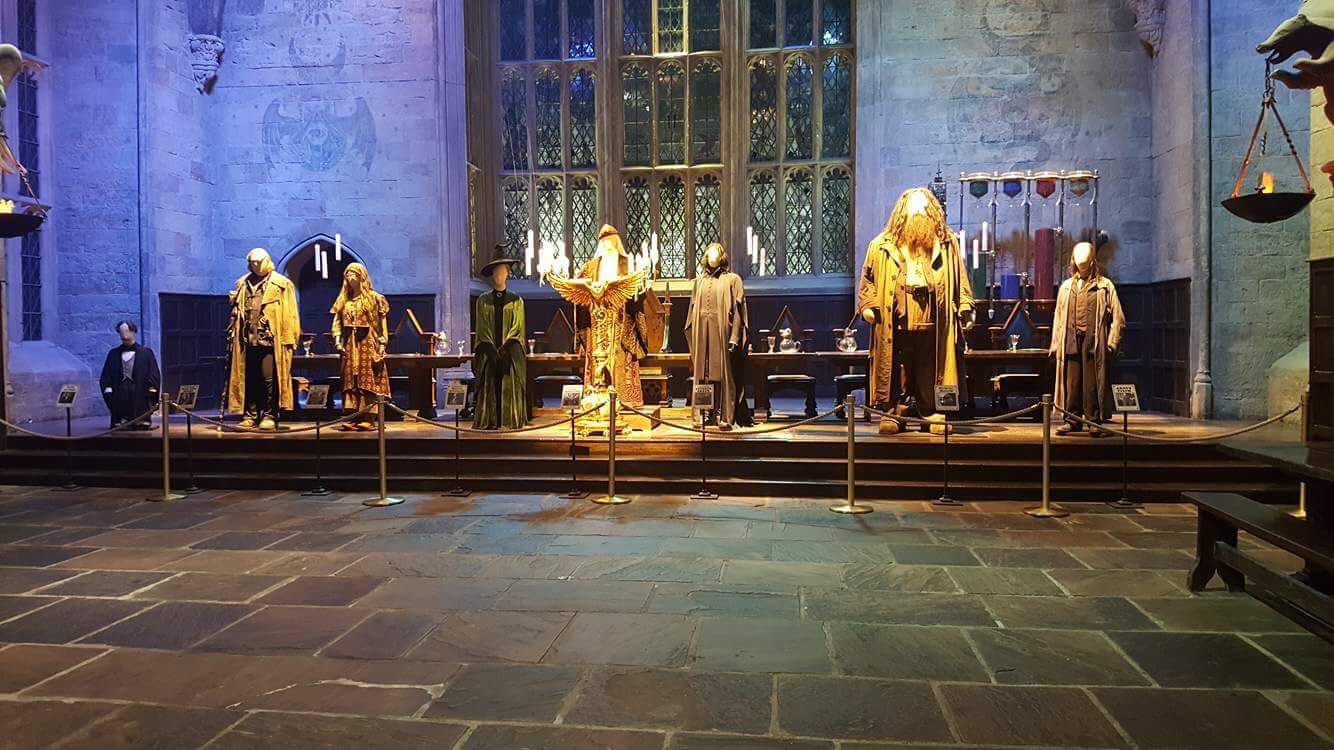 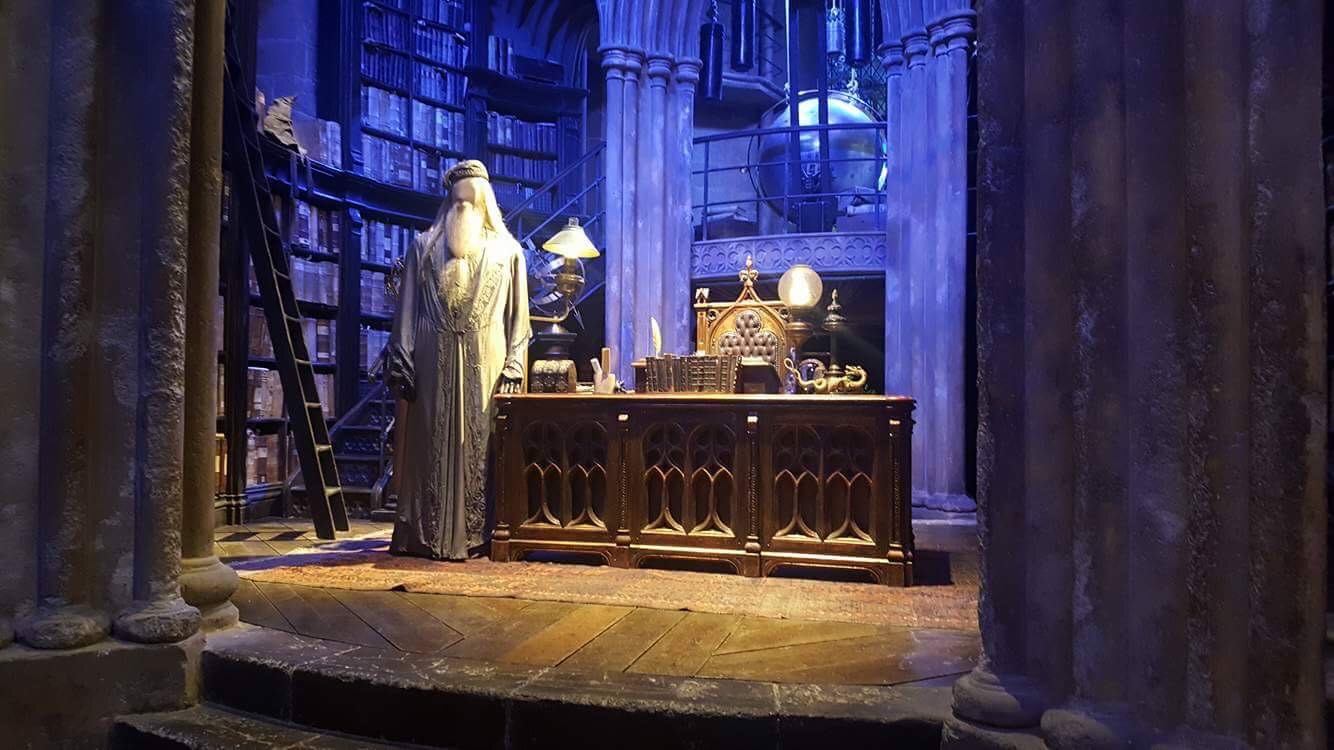 One of the best things about this tour is most of it is self guided, so you can walk around at your own speed. The past 2 times I’ve been we’ve gone round quite quickly, but this time it was nice to take a slower walk around and to really appreciate everything that is there, as trust me, there is a lot! You get to see so much that is involved with the filming of the series. Some of my favourites are the Grand Hall, Privet Drive, The Hogwarts Express and seeing all of the costumes that the actual actors/actresses wore.
You have the opportunity to ride a broom, take a walk through the Hogwarts Express, have a peek through the Dursleys house and to hop on the end of the Night Bus. The photo opportunities are endless!
This studio is also home to 1 of the 4 places in the world where you can buy Butterbeer. I’m not the biggest fan of Butterbeer but I love the Butterbeer ice-cream. 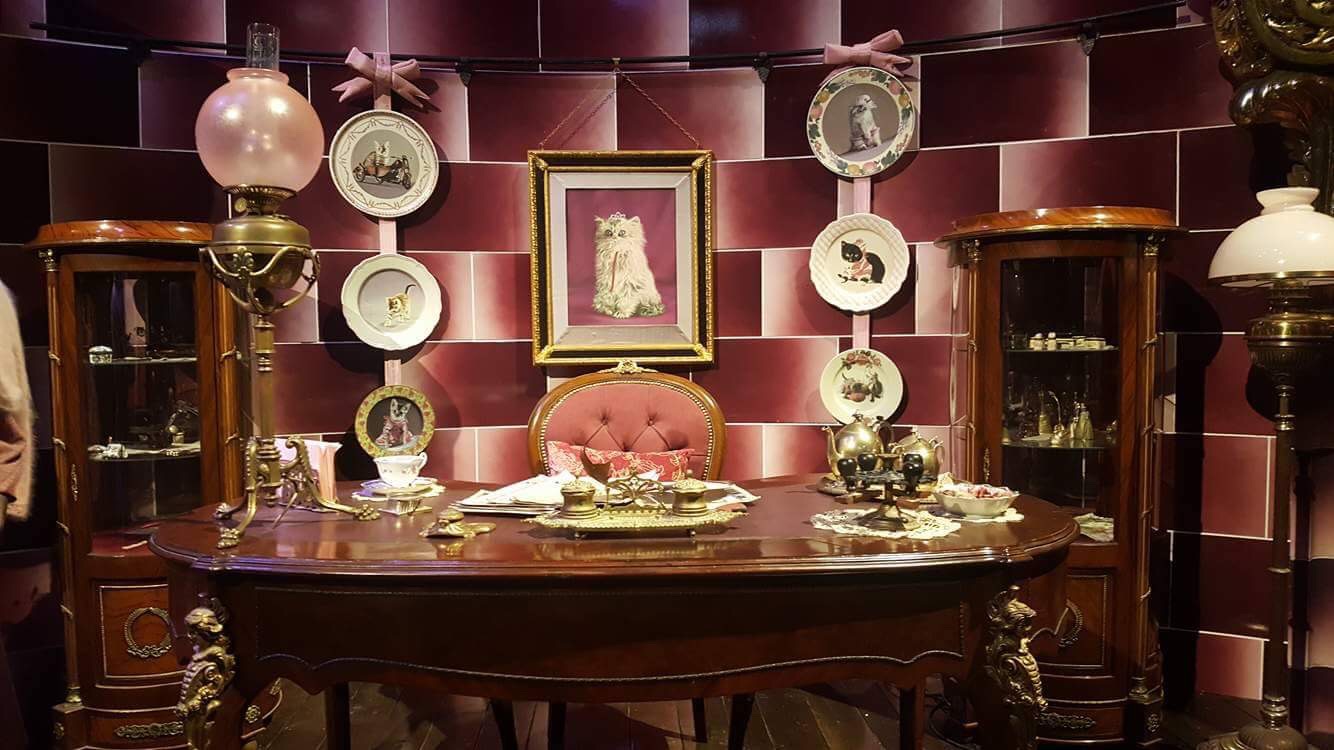 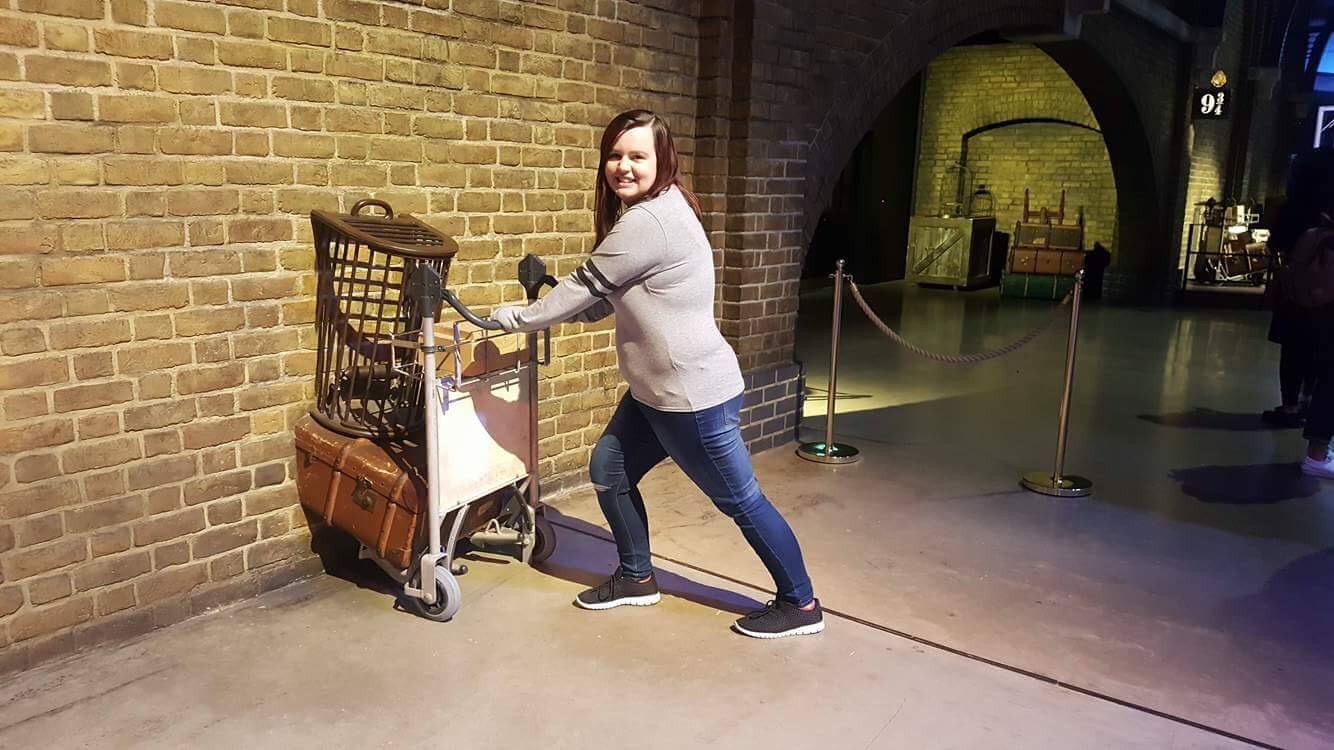 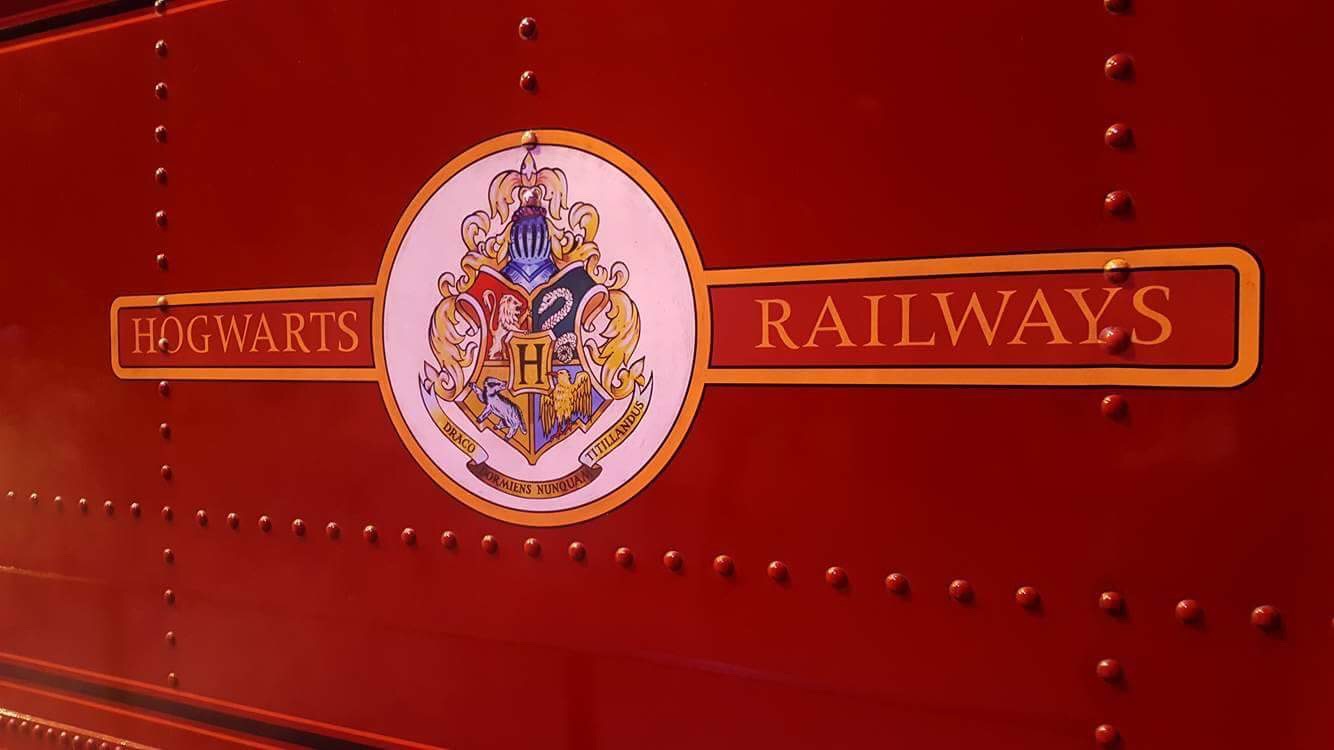 You’ll learn some really interesting and amazing things about the tricks they used to film certain parts of the series. I won’t spoil these for you, but when you learn, the next time you watch the films you’ll be keeping an eye out to see whether you can point out some of the tricks. It has spoilt one or two things for me as I can totally spot them in the film, but it most definitely has not ruined the magic for me.
One of the things I love about the tour is that it doesn’t just show you the props and costumes, but you also get to see the work that was happening in the background, such as the plans for the set design and art work. The amount of planning that went towards the creations of the scenery/set is crazy! 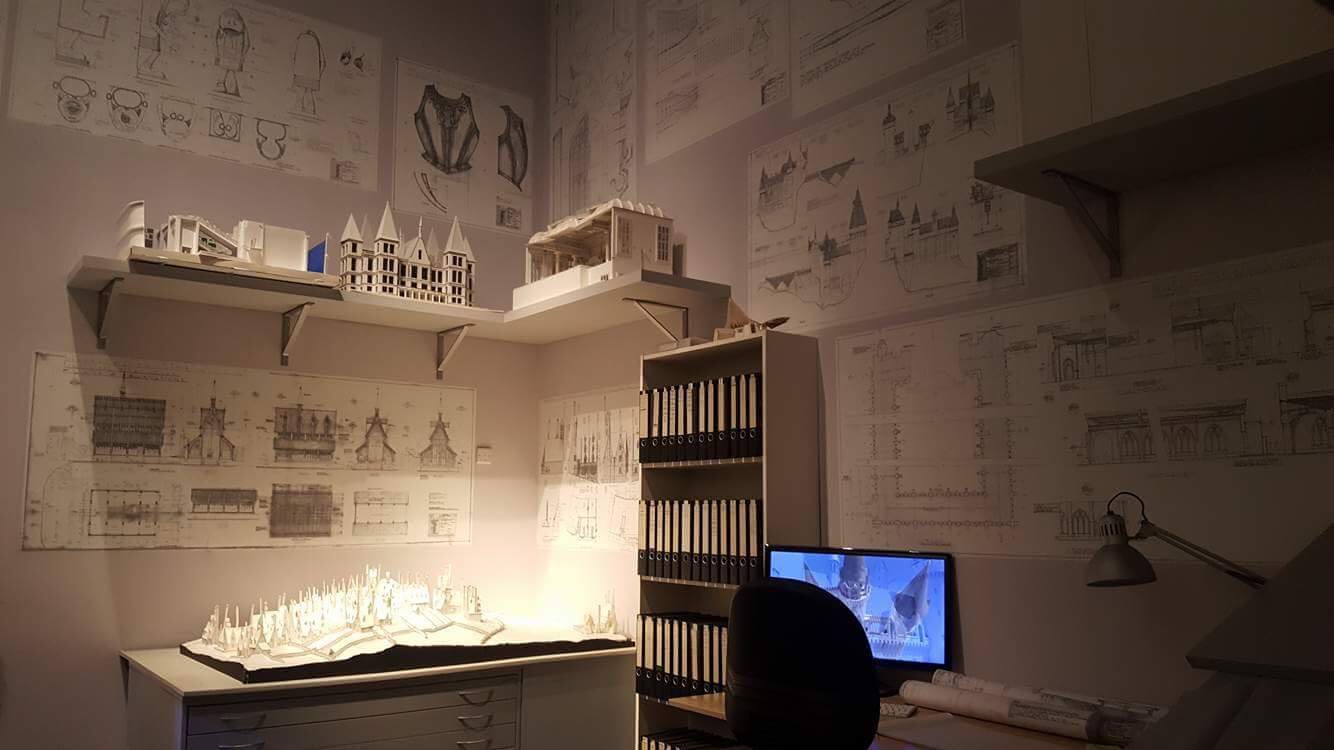 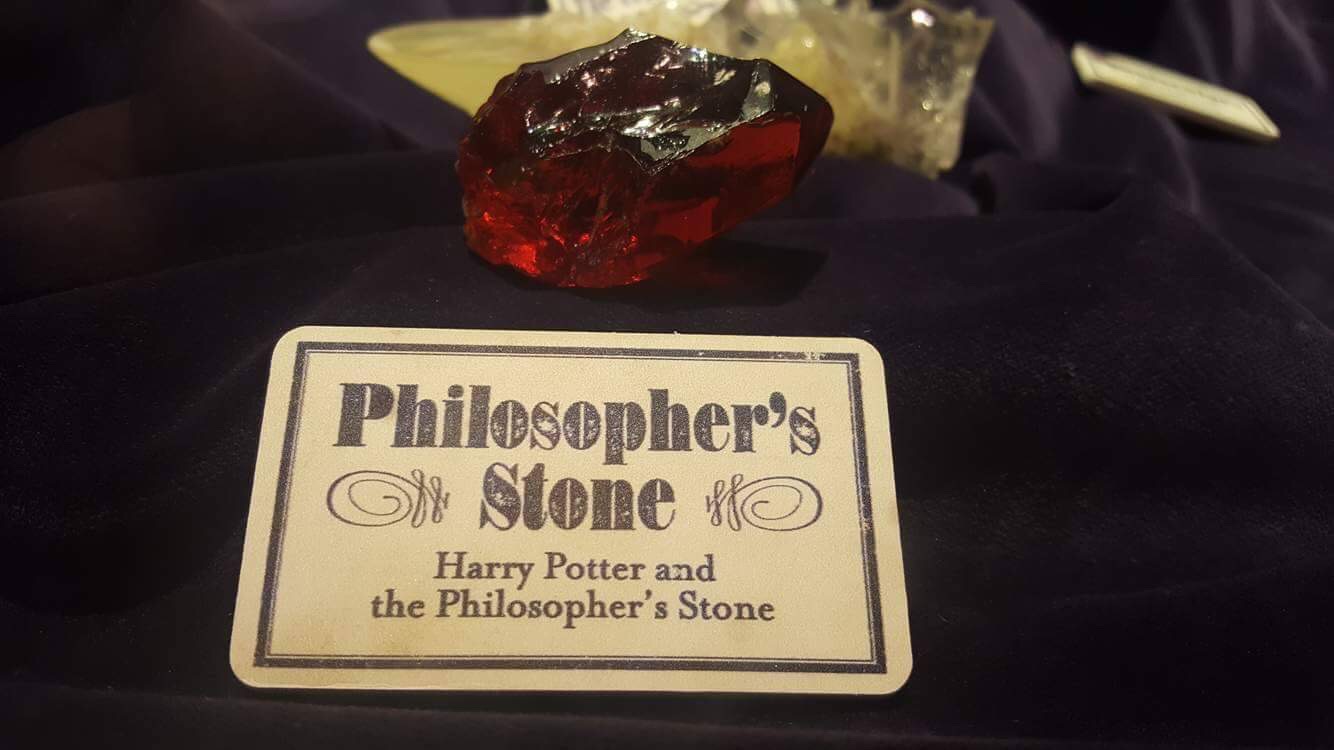 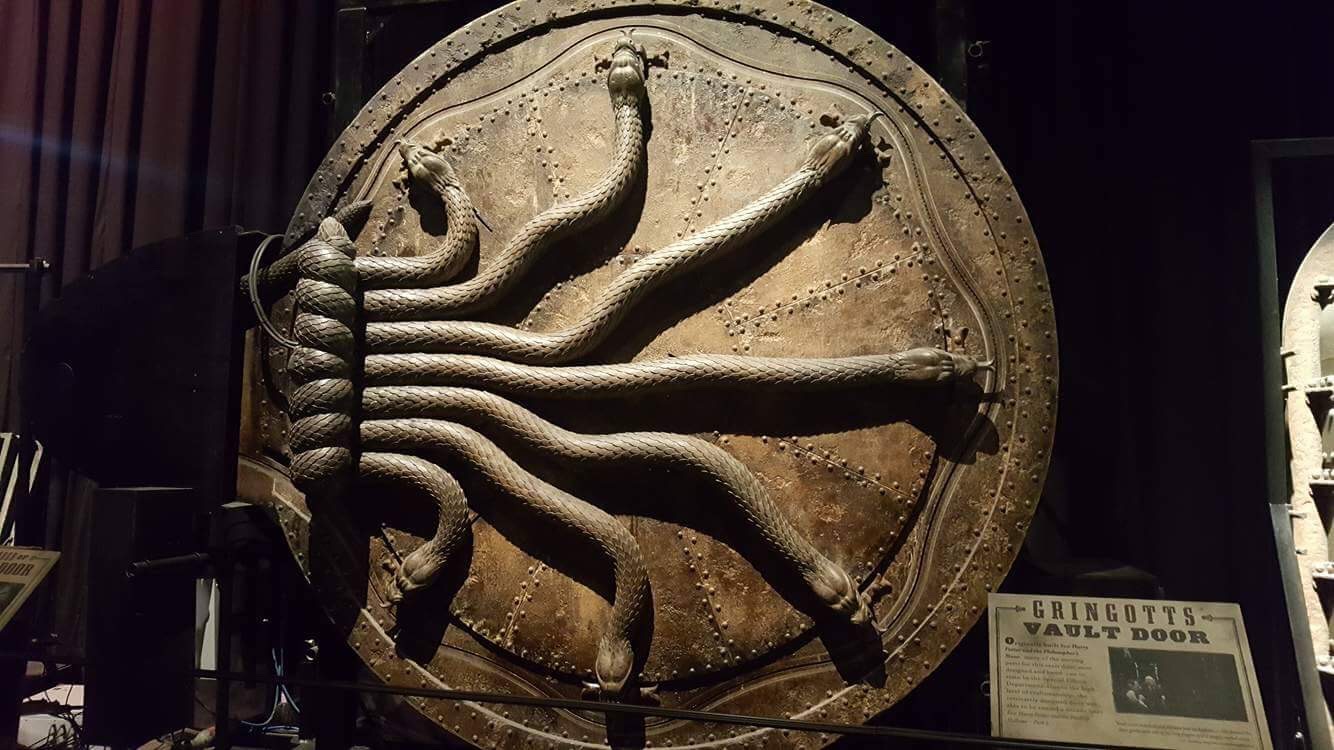 You also get the chance to walk through Diagon Alley. You have all of the shops – even Ollivanders is there! It’s a shame you aren’t able to go into the shops but they still look amazing from the outside. 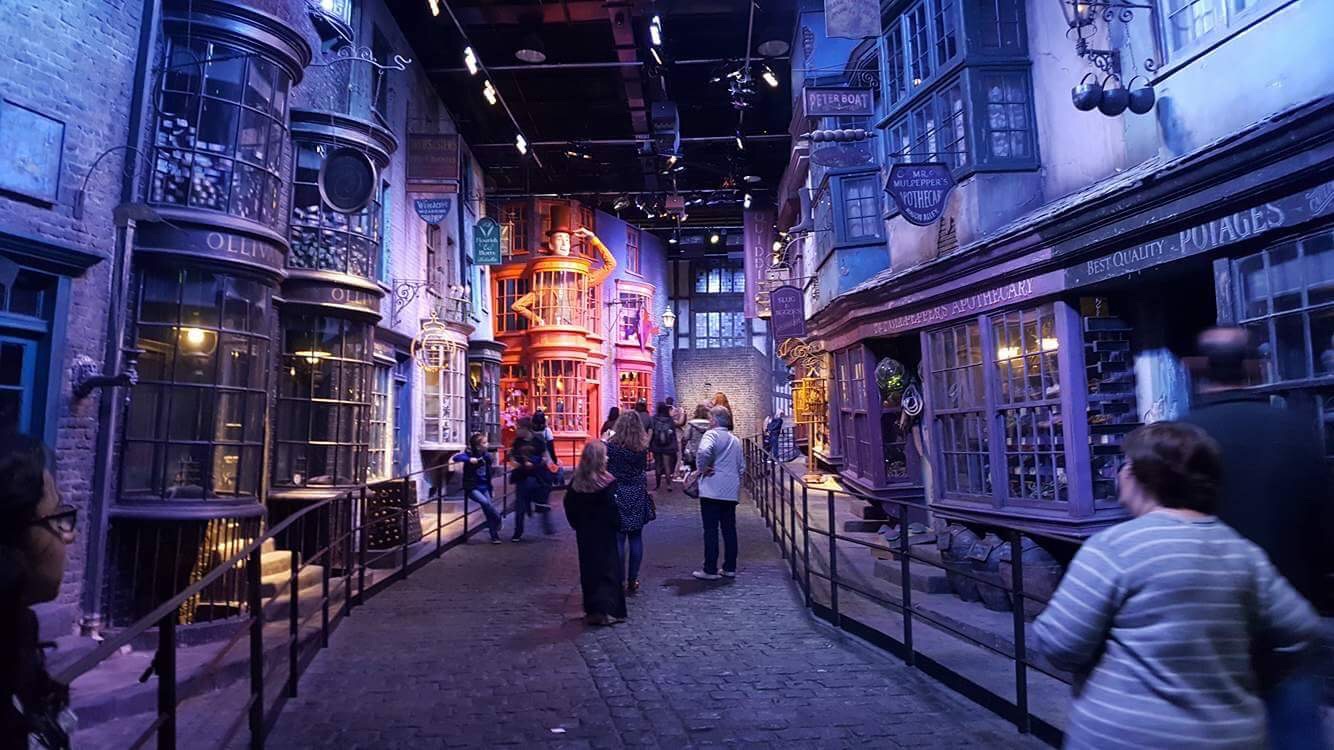 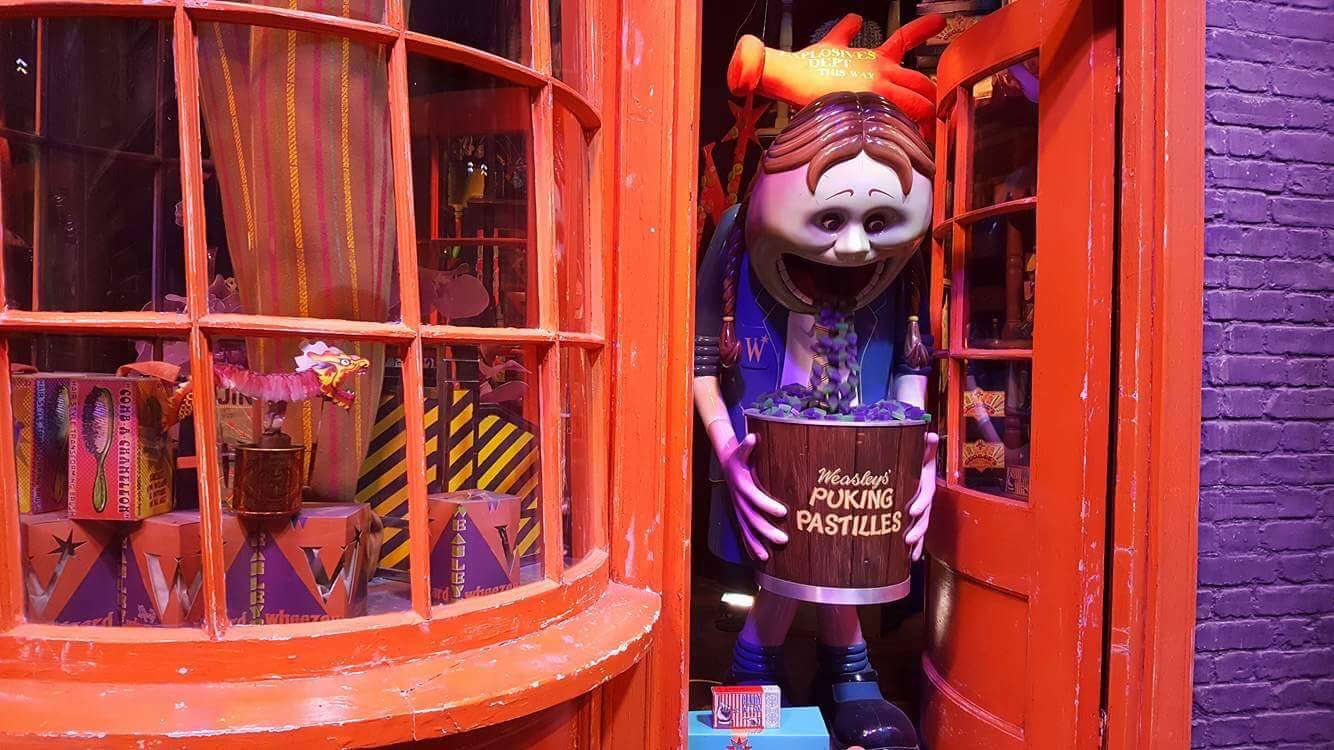 The tour took us around 3 hours to walk through, which I think is plenty of time to make sure you’ve seen everything. Once you’ve walked the whole tour there is the grand finale at the end – Hogwarts itself. There is a model of Hogwarts which is 1:24 scale to what the real Hogwarts would be and it was used for the scenic shots around the castle in most of the films. It’s absolutely amazing – the detailing is perfect. I always forget how big it actually is so I’m always amazed when I turn that corner and I’m faced with it. 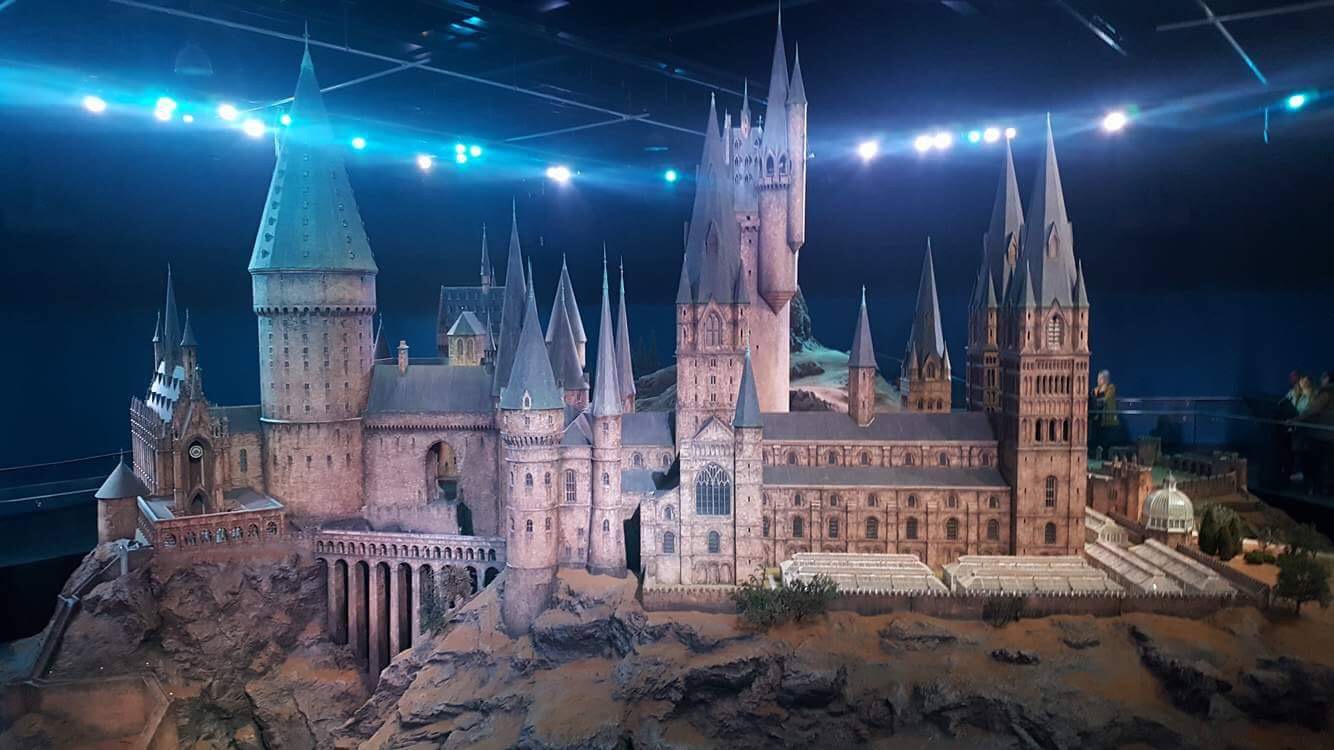 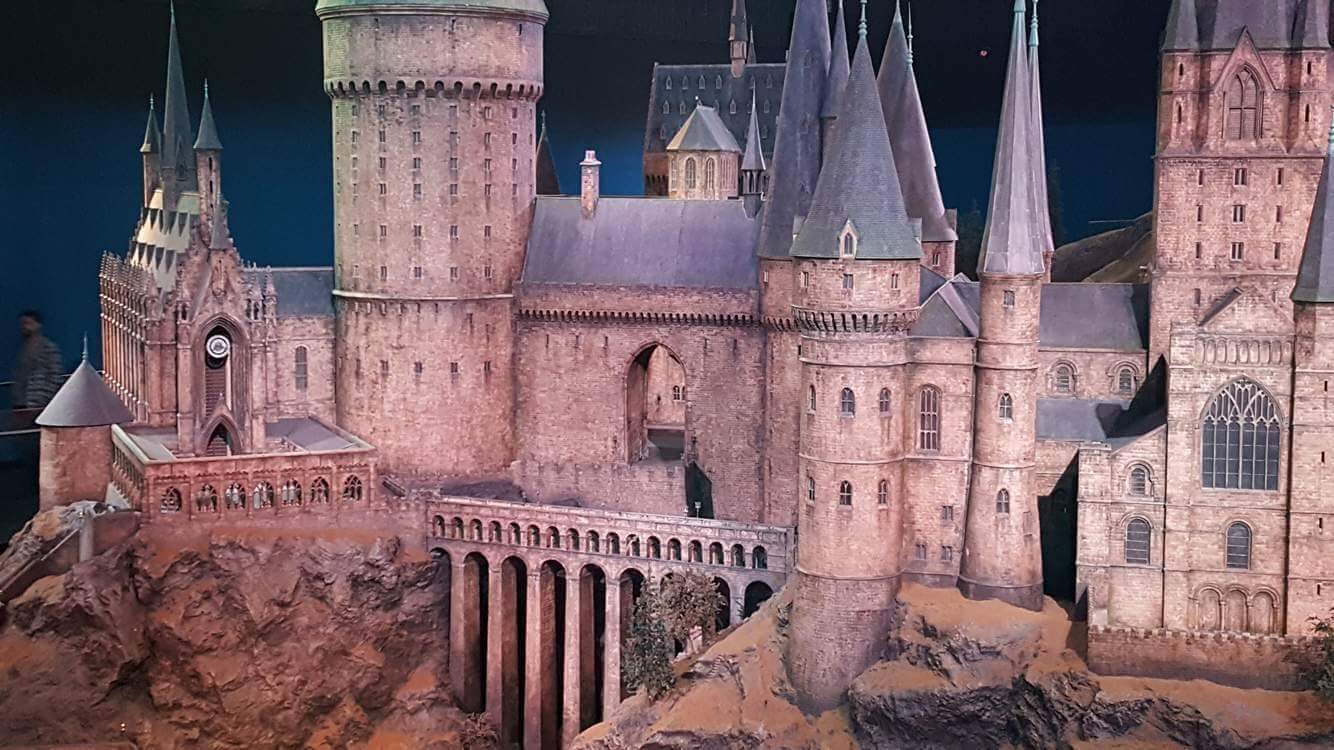 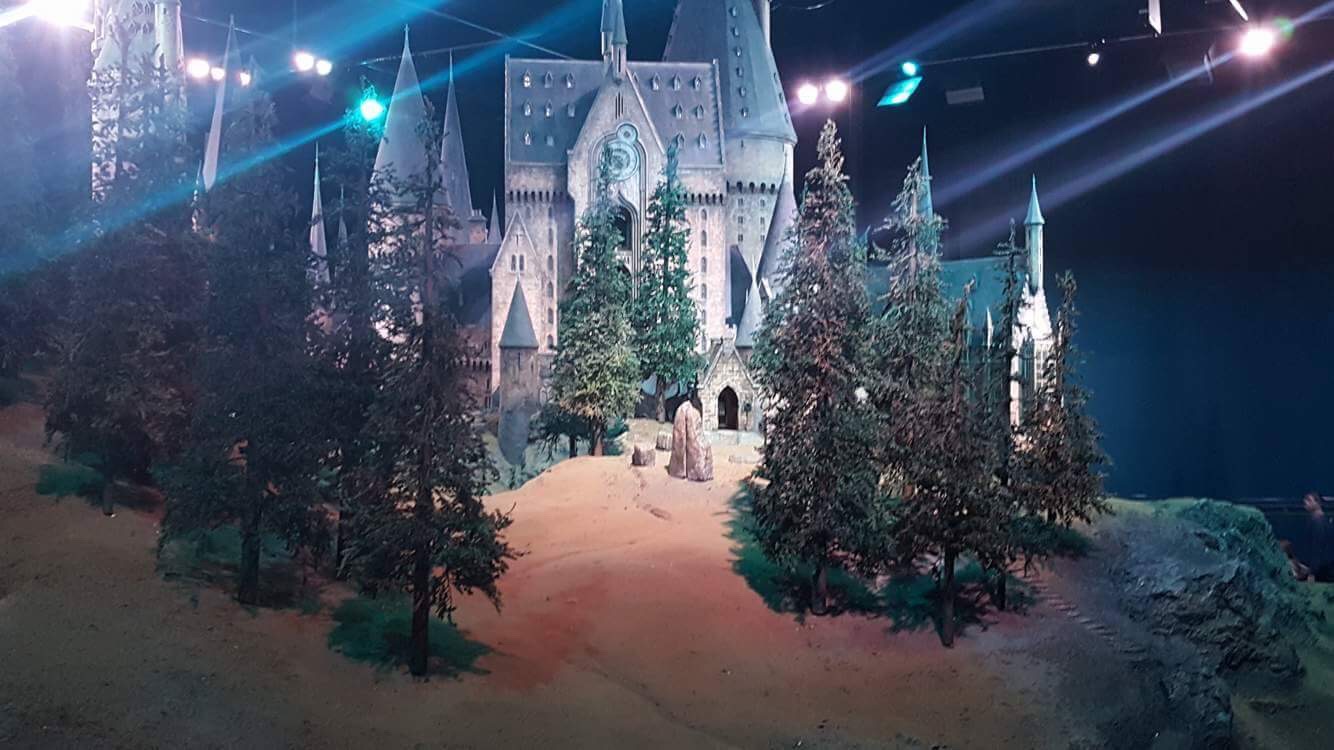 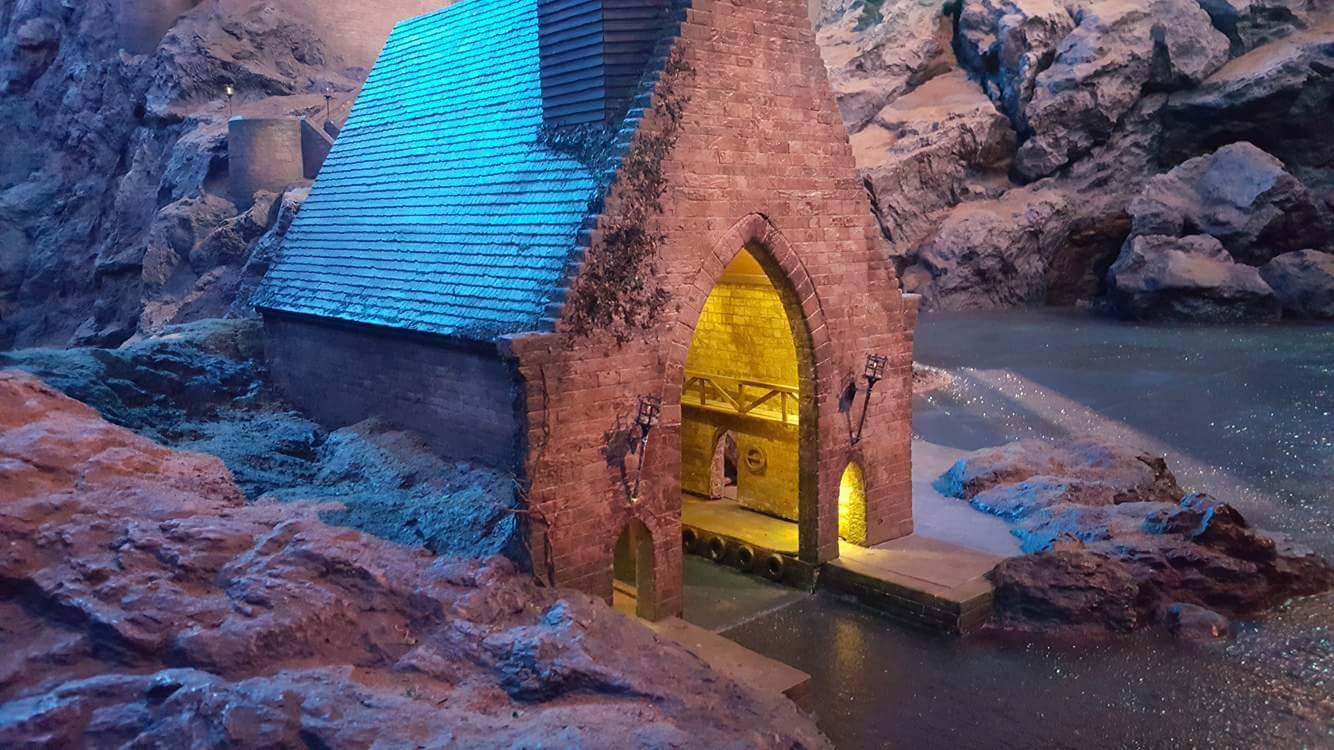 As I said before, they’re opening a new area in a few days – that area is the Forbidden Forest. I’m gutted we didn’t book our trip for the weekend after, but we’ll just have to book another trip for later on in the year as I’ll never get bored of Harry Potter.
Right at the very end just before you walk into the gift shop there are walls filled with wand boxes. These boxes have the names of every single person who was involved with the making of the films – Actors, Actresses, Directors, Prop makers, Set Design, Costume Design… You name it and they were there! On our trip there was a lovely lady, Donna, who was asking everyone for their favourite characters so she could point out where their box was. I asked for Bellatrix, and she pointed straight to it. My brother asked for Harry, of course she knew where that one was. My Dad asked for the people who worked on Dobby, she knew where the 2 people were who worked with the character Dobby on set. She was good! So we tried to make it harder. I asked for Gilderoy Lockhart, she knew where he was. My husband asked for Dean Thomas, she knew where he was! She even knew where the man was who was in charge of the teeth for the actors/actresses! In the end we asked Donna ‘Do you know where everyone is?’ and she just politely nodded. She was amazing. I did not want to leave! So if anyone from the Harry Potter tour or Donna is reading this, my thanks to you for ending our day on such a high. Donna was amazing! 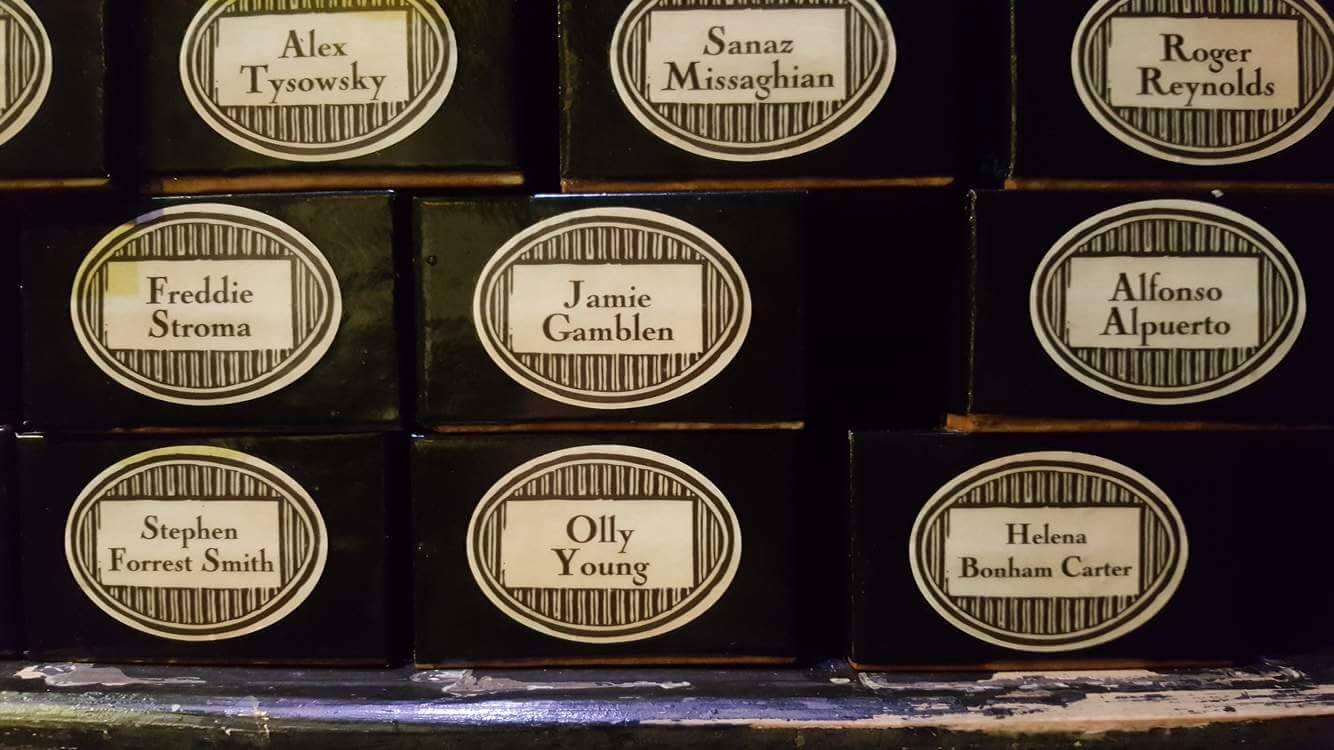 I can’t wait to go back to the studios again to see the Forbidden Forest. We’re planning to go again nearer the end of the year as Hogwarts will be snowy. I’ve been before when Hogwarts was covered in snow and it was beautiful.
All in all, if you’re a Harry Potter fan like me, you will LOVE this tour. Also, I’d recommend bringing lots of money as you’ll be filling the shopping basket in the gift shop!
Sarah
Just Buttons
TWITTER | BLOGLOVIN | PINTEREST | INSTAGRAM