My son, Oliver. I posted on Twitter a few days ago a photo of my son as an update seeing as I’d been gone for so long. Let me tell you, so much has changed in the 4 months I’ve been gone. He’s not a tiny little baby anymore, he’s a cute little boy! 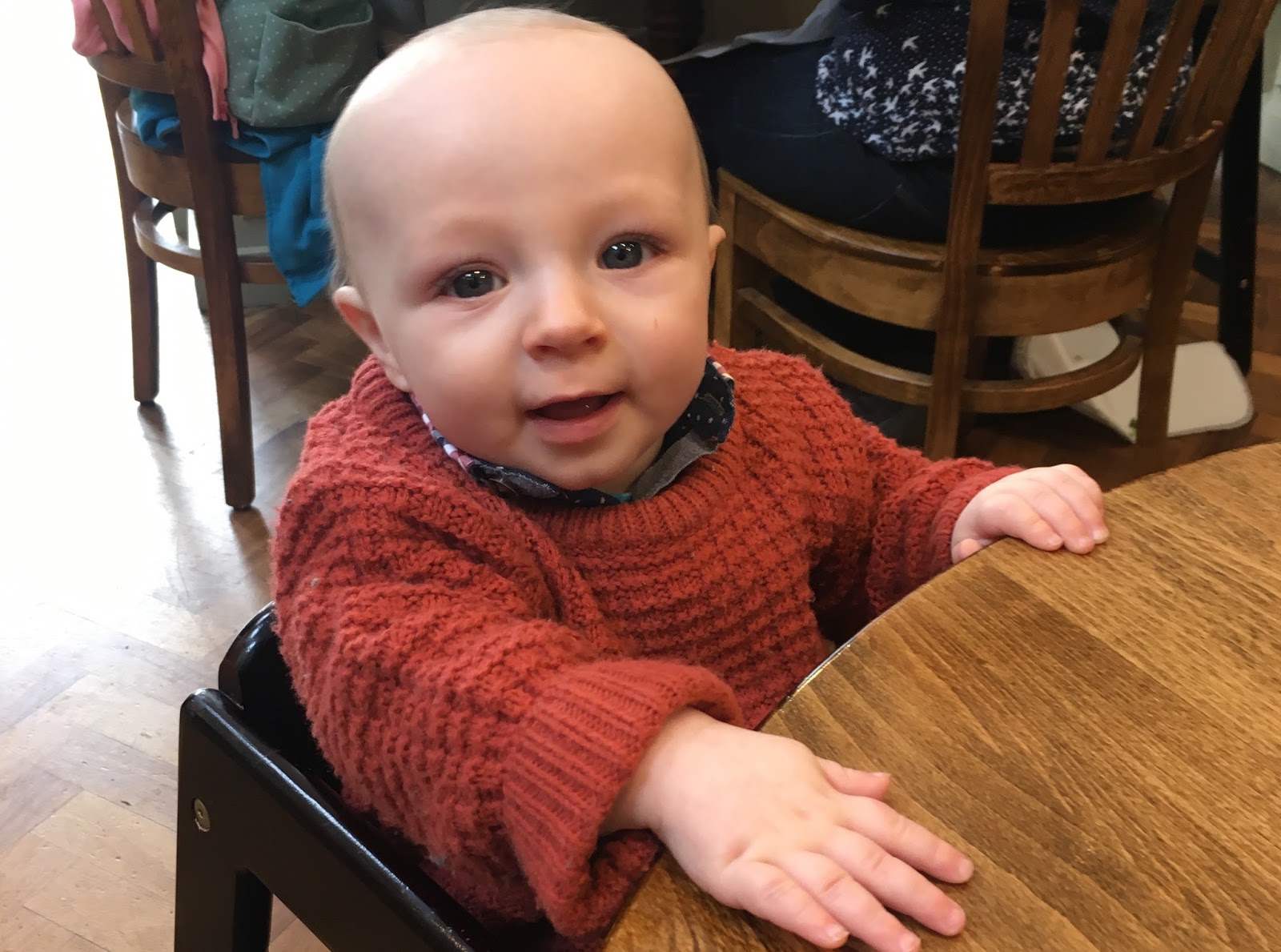 Oliver is now 8 and a half months old. We’re closer to his first birthday than the day he was born, which is so scary to think about. It feels like he’s always been in our lives and I can’t remember what it was like without him.
He started crawling a couple of months ago, not so much of a proper crawl, but an army crawl… But he’s still on the move! We think he’ll be walking before he’ll learn how to crawl properly. He’s already pulling himself up onto our sofa and just loves standing up in general. We think within the next couple of months he’ll be taking his first steps. 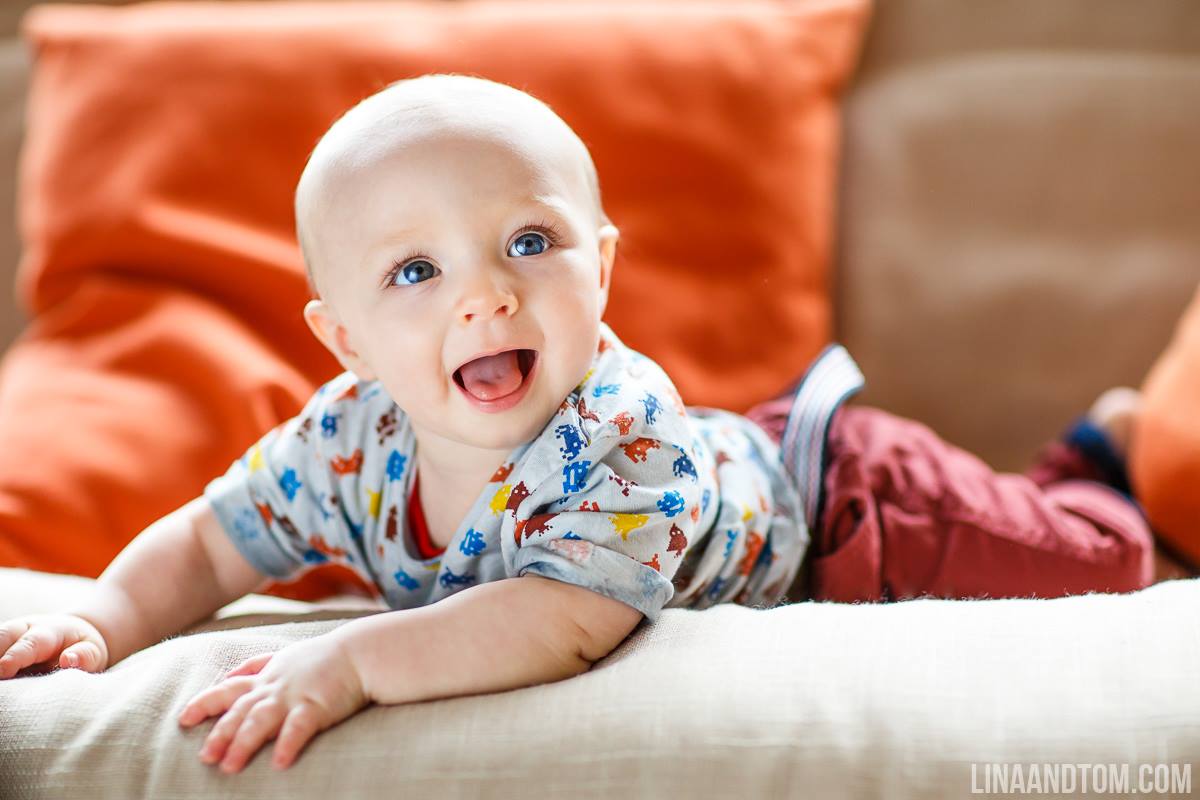 He now has 4 teeth, and they’re so cute! 2 bottom middle and 2 top middle. It’s so cute to see him crunching down on his food, but he does grind his teeth which is HORRIBLE. I hope that stops one day!
Oliver LOVES food, he’s always wants to be eating and when he finishes his dinner he cries for more! I was so worried to start weaning as I was scared I was going to do something wrong, but now we’re fully into him eating solids it’s so much fun. His favourite meals so far seems to be spaghetti bolognese, Pork with apple sauce, Cauliflower Cheese and anything else with cheese in it. He also really loves fruit and yoghurt. His favourite breakfast is oats topped with fruit and yoghurt. Such a healthy boy!
From 10 weeks old, Oliver has slept through the night. We’ve been SO lucky with sleep. The only issue is that his bedtime was around midnight, although this did mean he’d wake up at about 10am – Lie in for Mummy! We really wanted to sort this out as it meant myself and my husband had no time to ourselves at all which we missed. It took us 5 months to sort out his bedtime but I’m so happy that we’ve finally got his bedtime moved to 8pm, so we have a few hours to ourselves a night. Although I must admit I do miss him crawling around and playing of an evening! 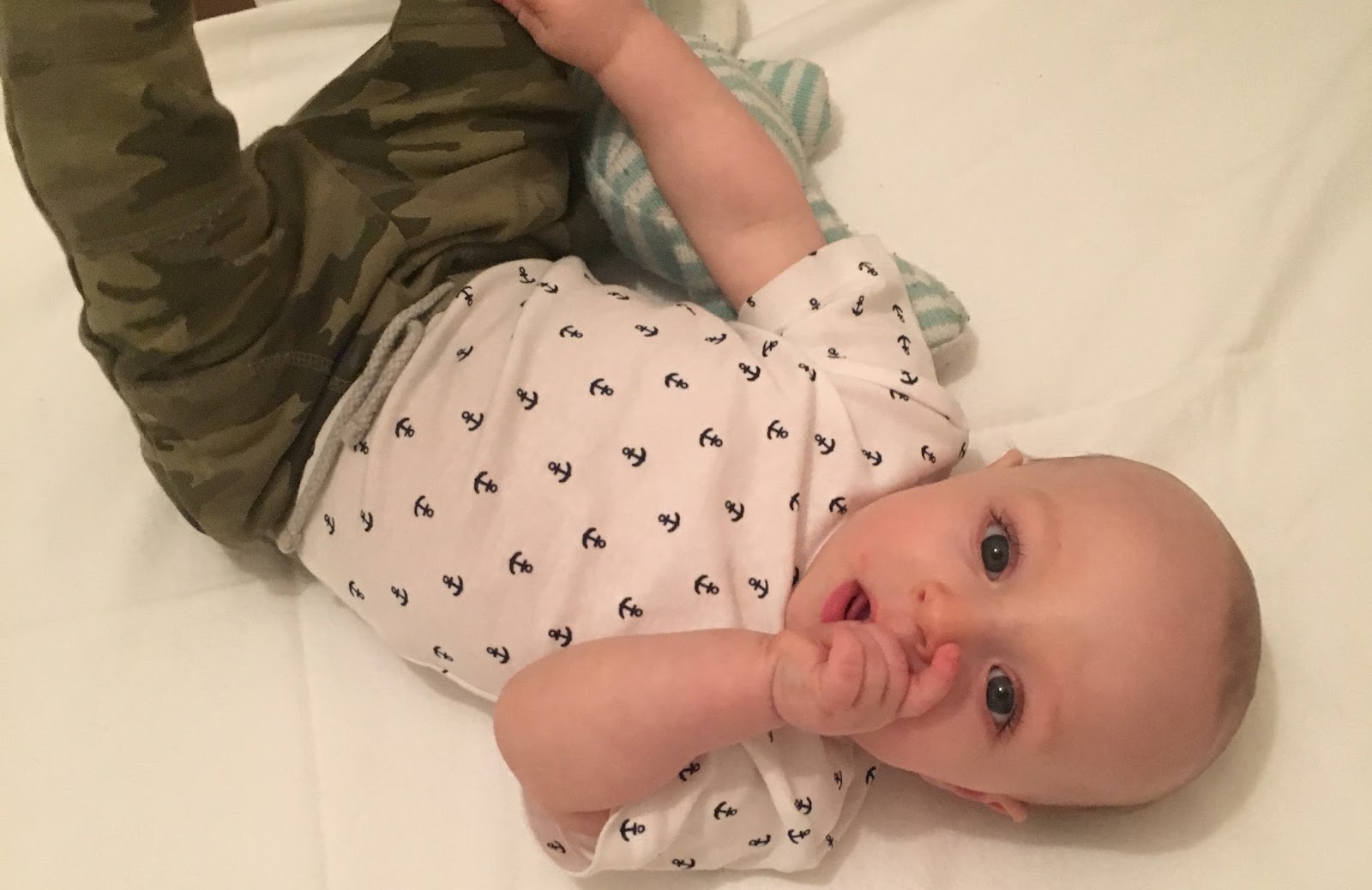 We’ve been blessed with such a happy cheeky little boy. I could not have asked for a better boy. I’m so proud to call him my son.
Sarah
Just Buttons
TWITTER | BLOGLOVIN | PINTEREST | INSTAGRAM