Let me start off by saying that these M&M Blondies are in no way Instagrammable. This is because I was too incredibly impatient and I didn’t wait until they’d cooled down to get them out of the baking tin, so they came out rather soggy because the chocolate hadn’t set yet… But I can tell you that these taste darn good! 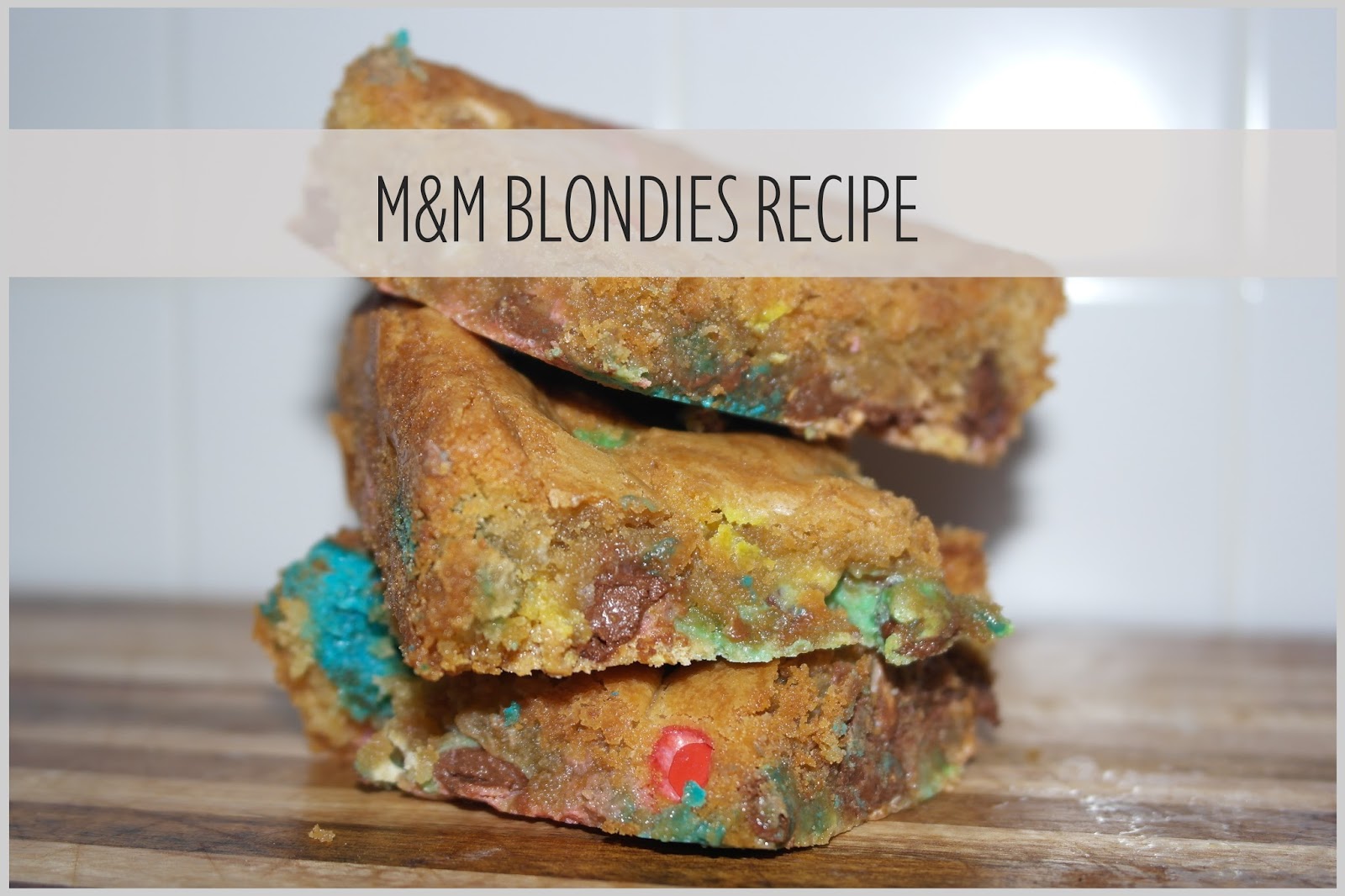 These were so fun to make as I’ve never used M&M’s as an ingredient before, so it was hard not to eat them all before adding them! I’ve made blondies before (a blonde version of a Brownie, usually made out of white chocolate) but these were a nice alternative. 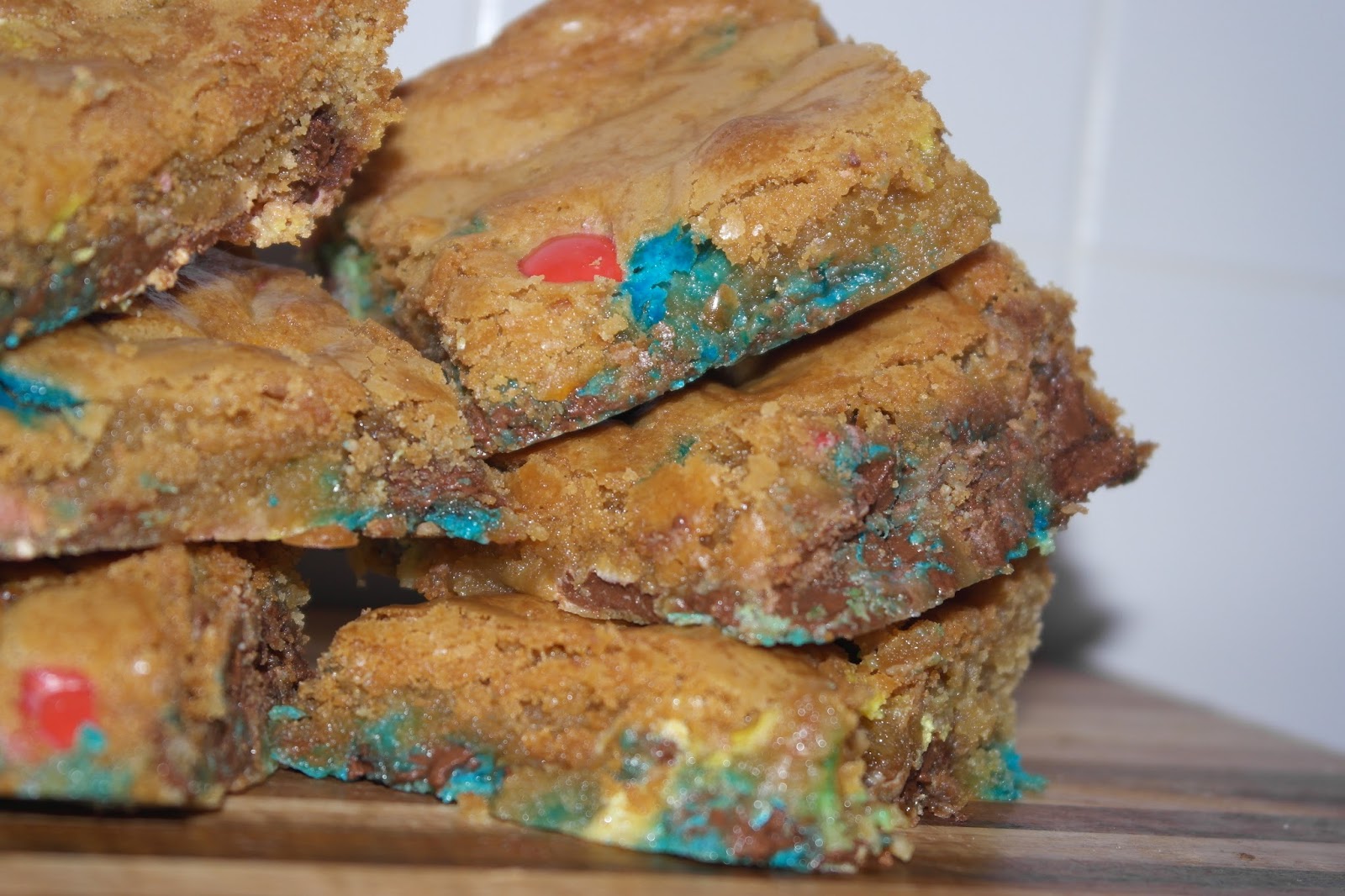 My favourite thing about them is how colourful they look once cooked. These would be perfect for any child, although I’d expect a sugar rush to come soon after! I did add white chocolate to this recipe, but personally I won’t be adding it next time as I found they had a bit too much chocolate in them to set perfectly. These alternatively could be made with any other chocolates like Smarties or even chopped Rolos or Magic Stars if you aren’t fussed about the colours. Hmm now I fancy some Rolos!
So here we go, let’s get to what you’ve all been waiting for; the recipe! 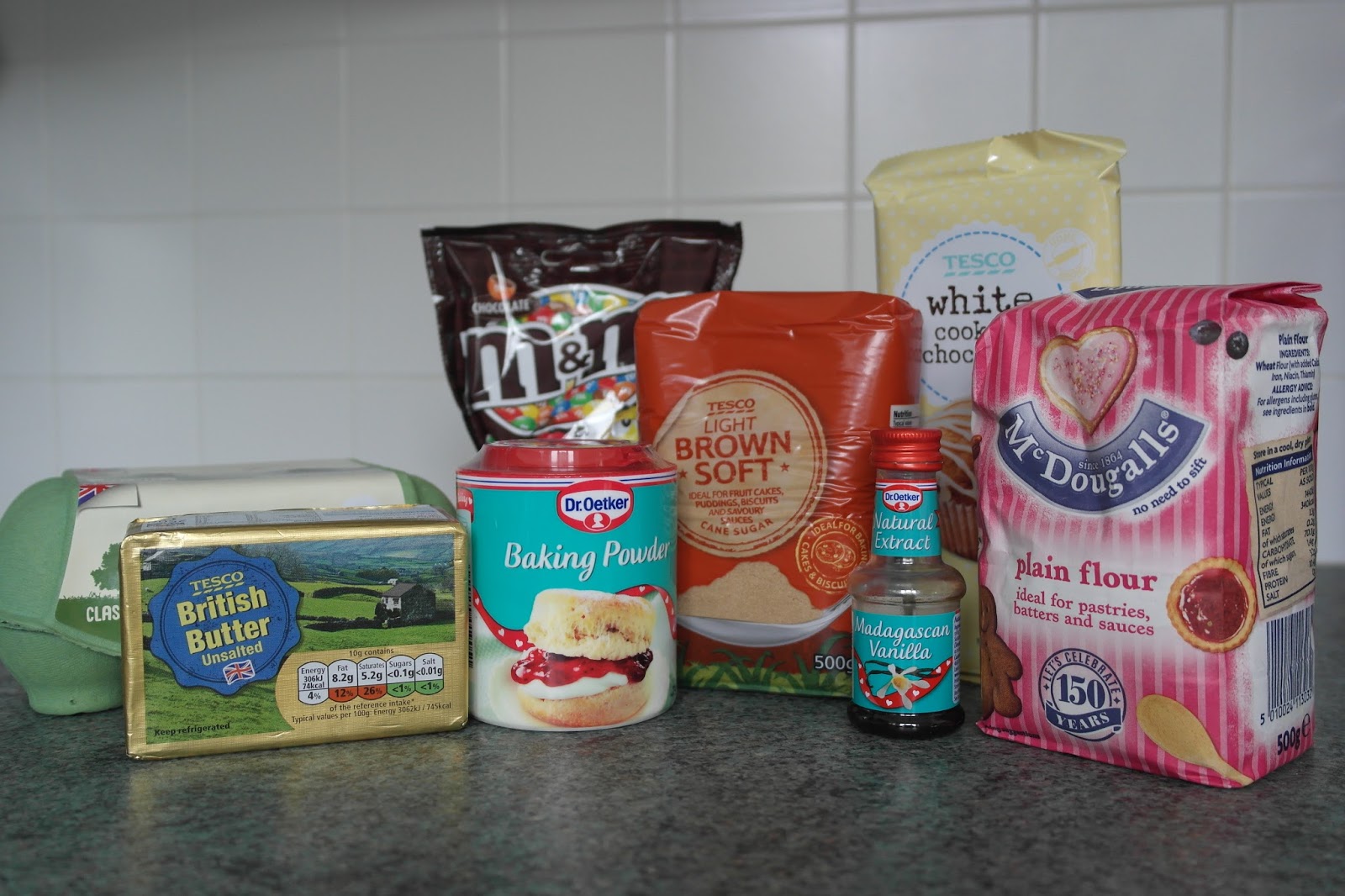 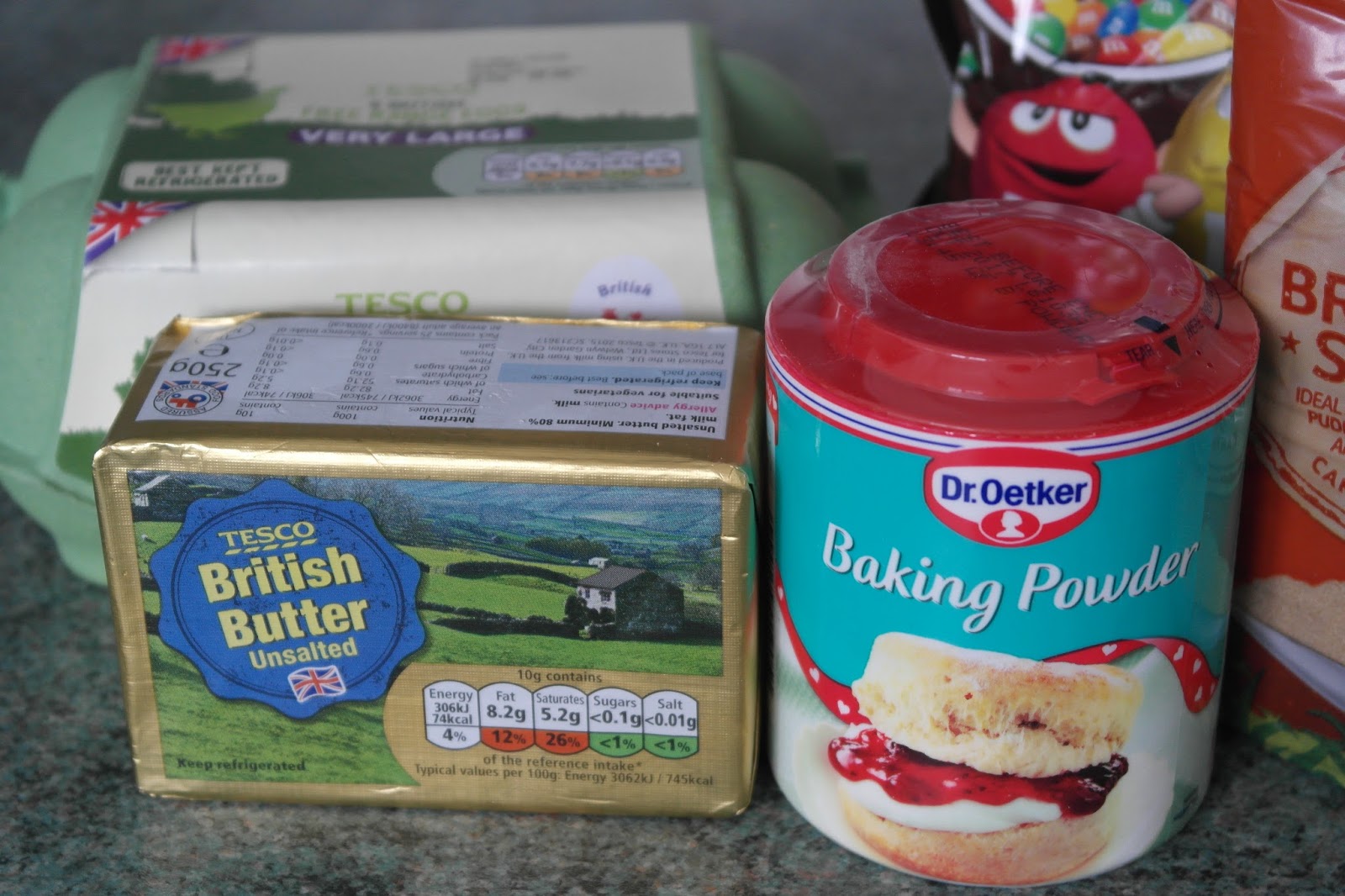 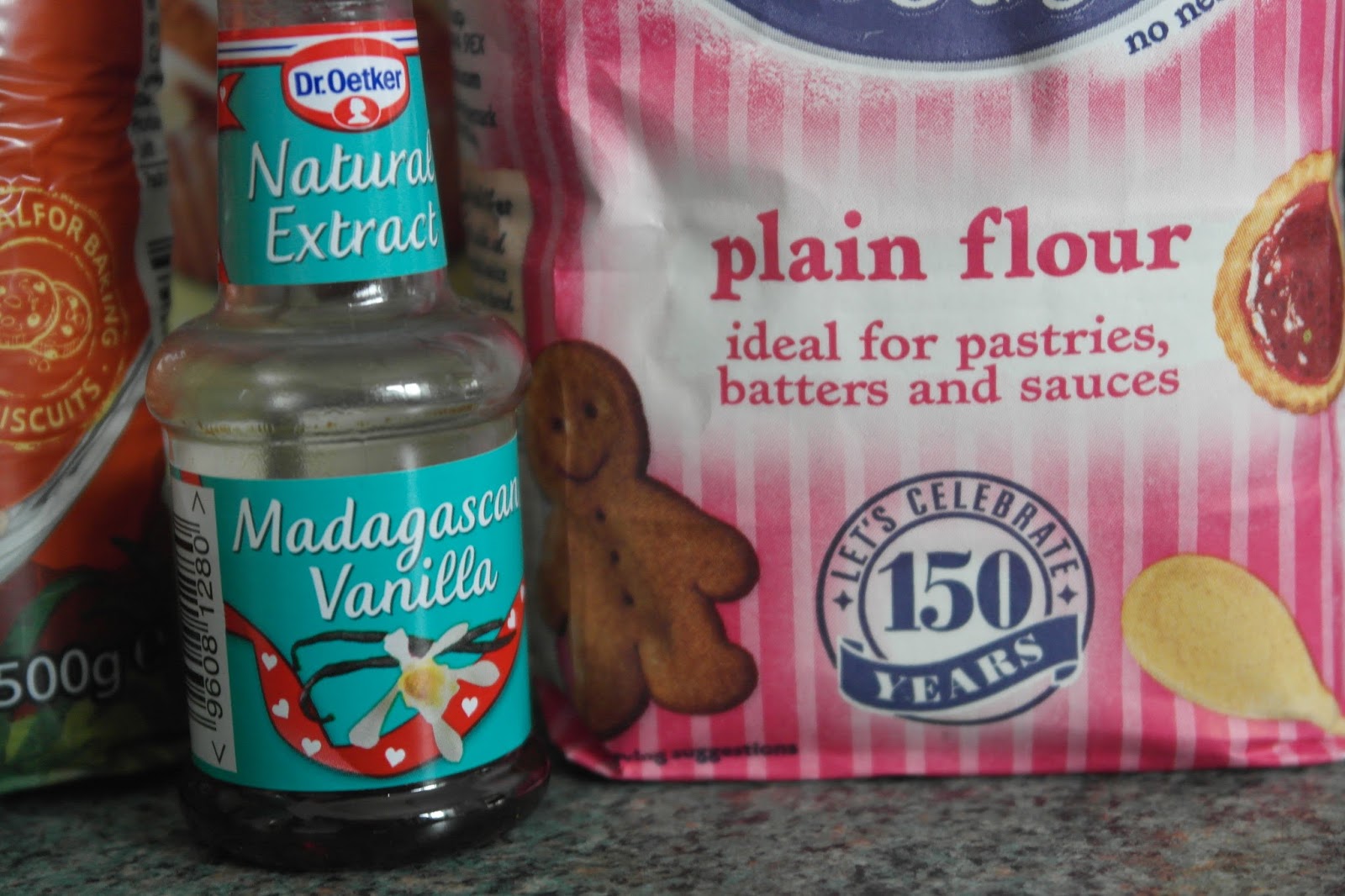 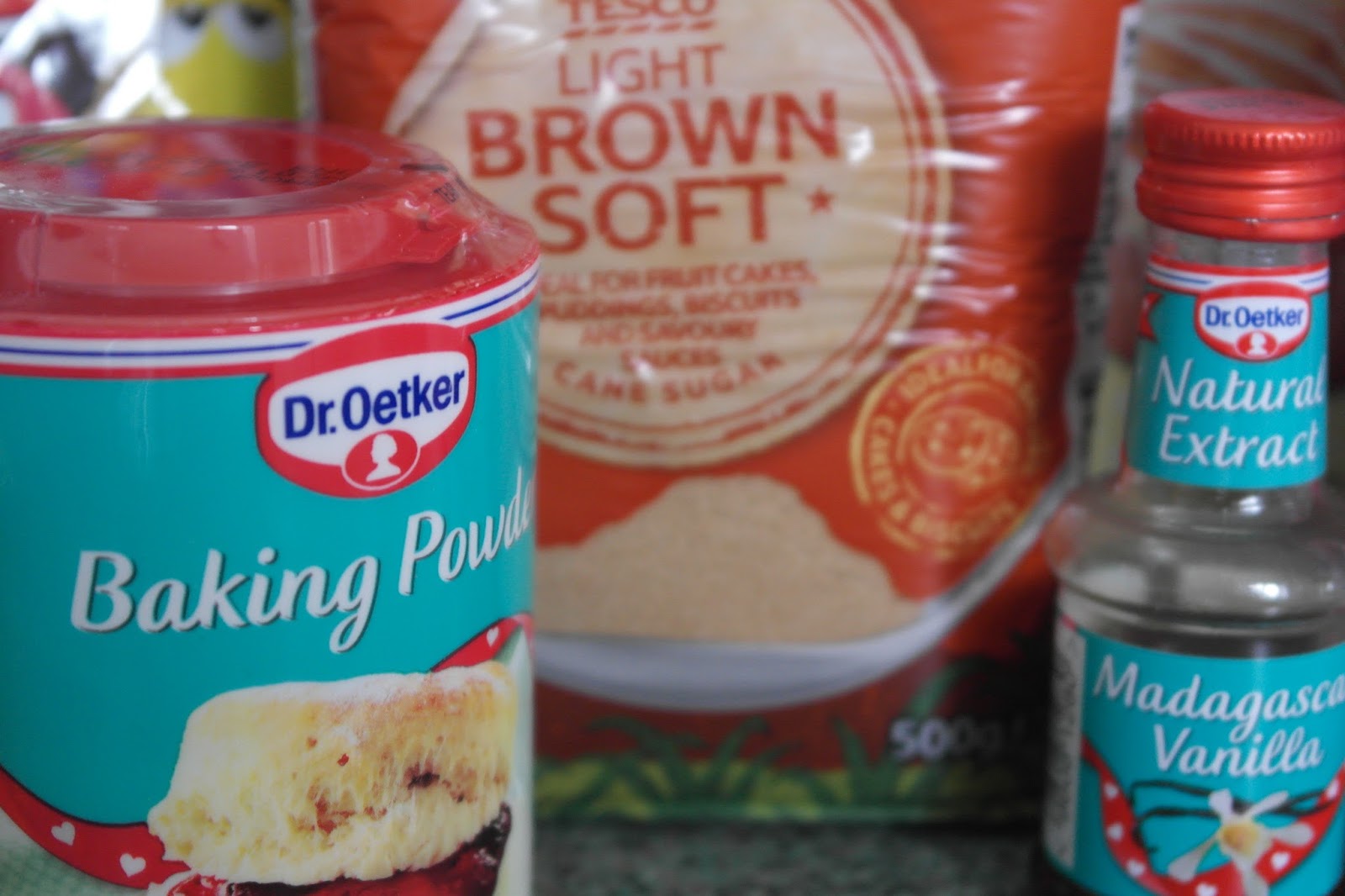 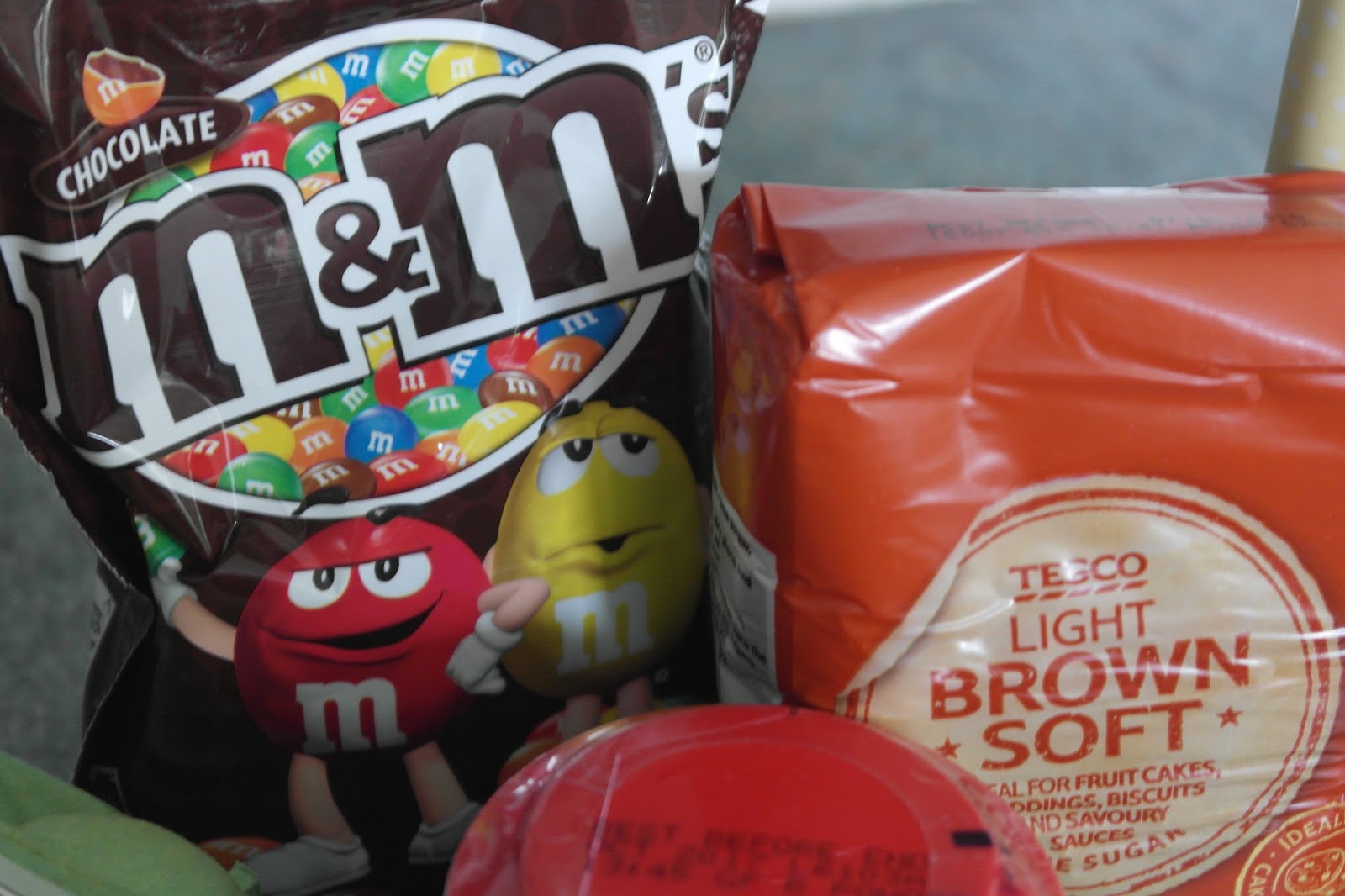 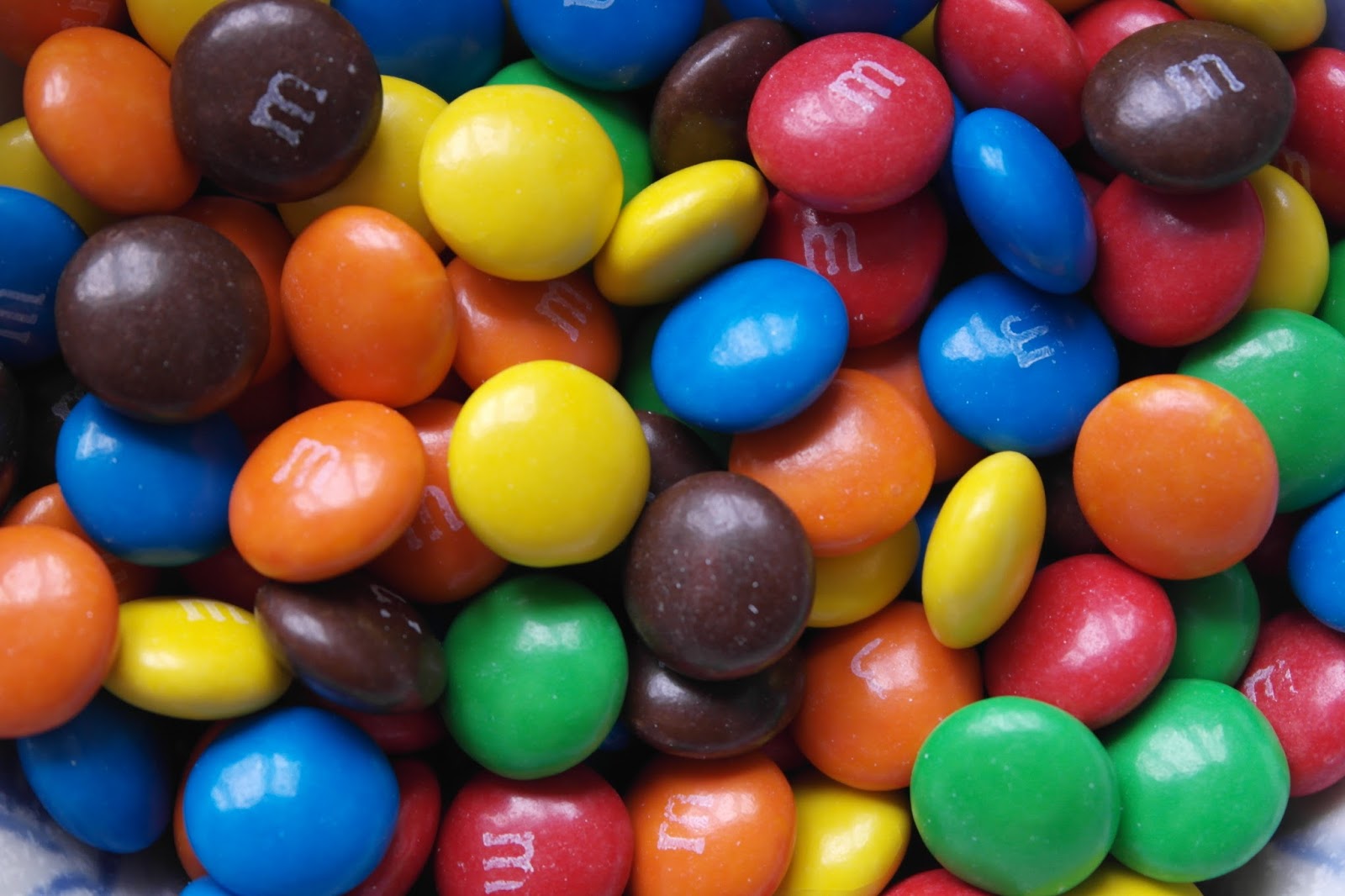 Ingredients
170g Unsalted Butter
240g Soft Brown Sugar
1 Teaspoon Vanilla Extract
2 Eggs
2 Teaspoons of Baking Powder
A Pinch of Salt
280g of Plain Flour
280g Chocolate M&Ms (I bought 2 sharing bags and this was enough)
70g White Chocolate (As I mentioned above, I personally wouldn’t make them again with white chocolate as I found it made them too chocolately which caused them not to set well.)
Recipe
1. Preheat the oven to 180 Degrees Celsius. Beat together the Butter and Sugar until the mixture is light and creamy.
2. Add the Vanilla Extract and gradually add the Eggs until mixed together.
3. Add the Baking Powder, Salt and Plain Flour and mix carefully until fully combined. (This bit can be messy if you mix too quick!)
4. Add about 180g of the Chocolate M&Ms and the White Chocolate to the mixture and stir together until it’s evenly spread.
5. Pour the mixture into a baking tin and spread evenly. (I used a 10″ by 14″ tin but one slightly smaller will make the Blondies slightly thicker which I think would be better)
6. Sprinkle the rest of the M&Ms on top of the mixture.
7. Pop the mixture in the oven for 20-25 minutes. Once cooked it’s important to let them cool completely before cutting into squares. I was able to cut about 20 slices out of this recipe.
(Before Baking) 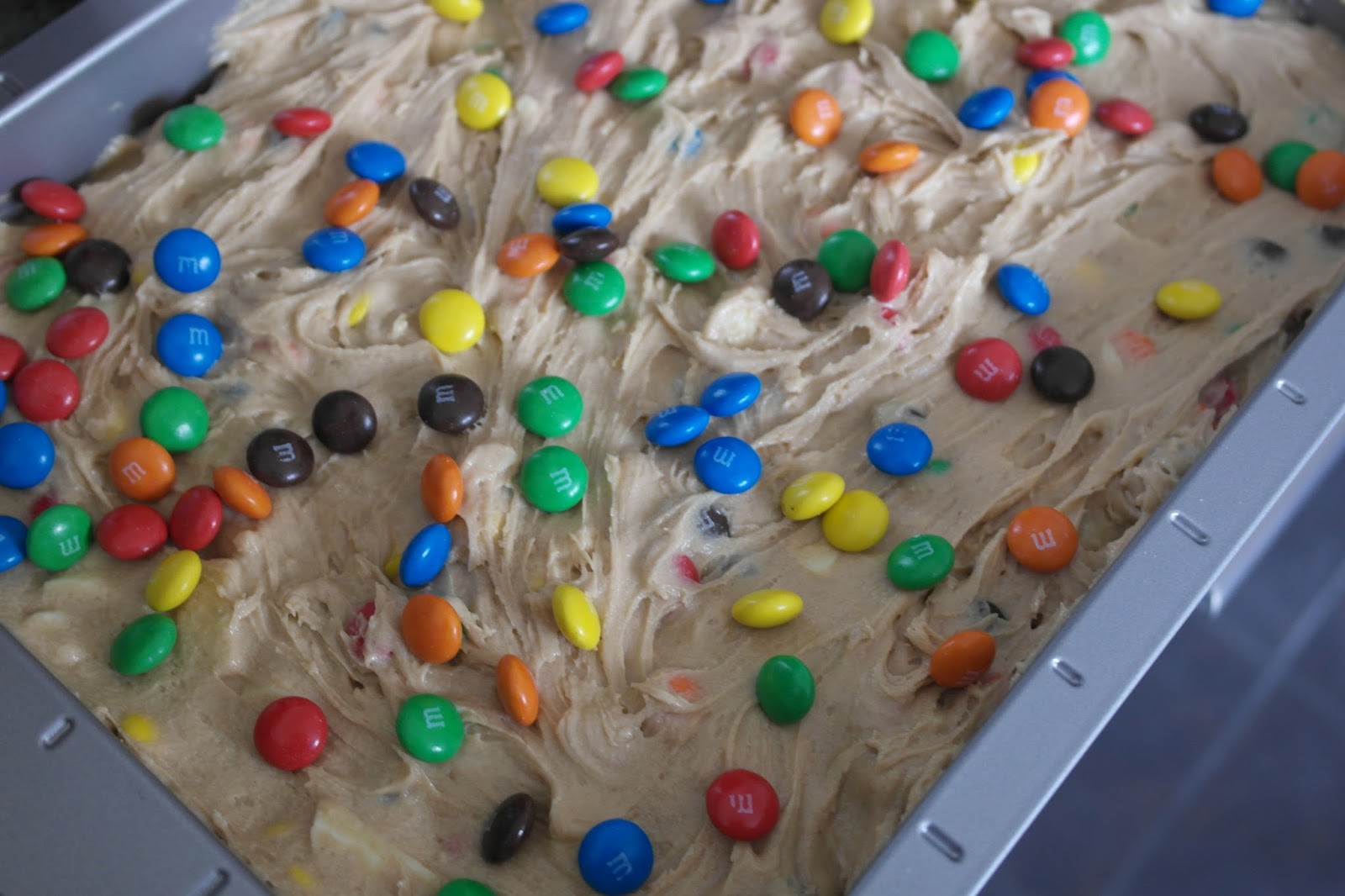 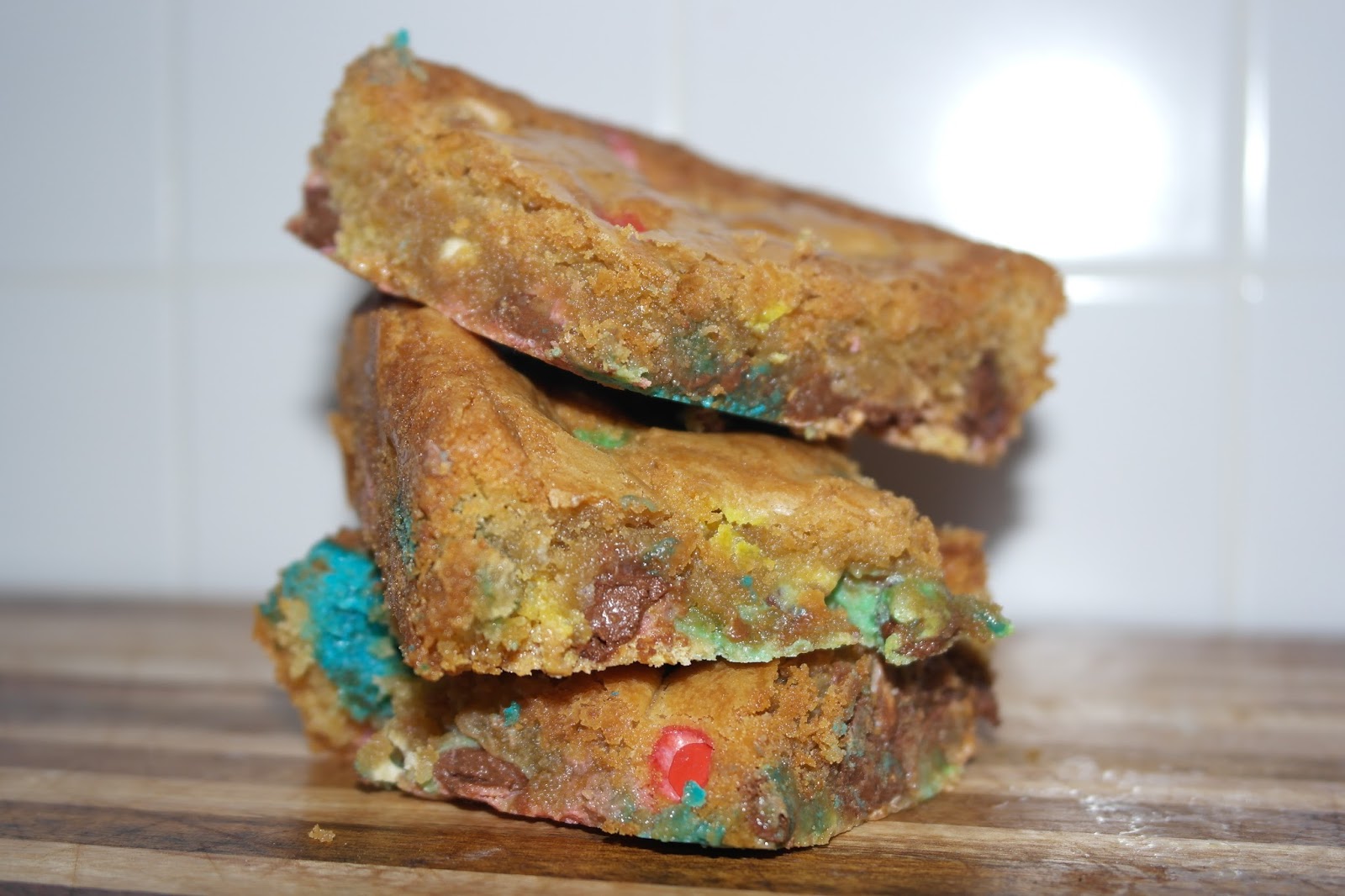 They ended up being so nice and gooey, so to keep them soft I’d recommend keeping them in a sealed container (if they even last that long!).
Let me know what you’d like me to bake next as I have a huge sweet tooth and I really want to start baking more. Next time I’ll try and be patient when baking so they look slightly better! But trust me, these are bloody gorgeous if I don’t say so myself!
Don’t forget to follow me on Twitter and Instagram to keep up to date with what I get up to!
Have a lovely day!
Just Buttons